Similar to Discord, Slack is a messaging program designed with productivity and collaboration in mind.

In July last year, Slack was acquired by Salesforce for $27.7 billion. Developed by Slack Technologies, the software offers several features such as channels that can be organized by topic, direct messaging, and private groups. That said, recent reports from iOS 16 beta users suggest many are getting ‘Jailbroken devices can’t use Slack’ message when trying to launch the app (1,2,3,4,5).

The problem seems to be angering many since they are unable to use the app on their primary smartphone for weeks now. Affected users have tried reinstalling the app but it isn’t helping either.

You can see in the image below the Jailbroken device message users are getting when trying to run Slack on iOS 16 beta.

I can’t use Slack on iOS 16 since my work shows it as jailbroken. Is this something that occurred with previous iOS betas? Does it get ironed out after a few days/weeks or will this be the case for the entire beta cycle?
(Source)

@SlackHQ – the issue still persists. iPhone running iOS 16 developer beta is still detected as jailbroken and won’t allow access as per company policies. Usually, banking apps have these issues on betas but they all work fine.
(Source)

Thankfully, Slack developers have commented on the matter and said they are looking into it.

Sorry! We’re looking into this issue. Can you reach out to us at [email protected] for more info?
(Source)

But some users who reached out to the aforementioned email address said they received a message from developers who said they have no plans to fix the problem.

However, we came across a workaround that might help iOS 16 beta users bypass the Jailbroken device message and use Slack normally. It involves downloading the Charles Proxy app and enabling it.

So I figured out a temporary work around for @SlackHQ not working on iOS 16. Download the Charles Proxy app for iOS. Just enable it. It seems to block the jailbreak detection network request without any modifications.
(Source)

We advise those affected to downgrade to iOS 15 since Slack developers are yet to officially support iOS 16. Also, we will be updating this space when we come across new information so stay tuned.

Slack support on Twitter has again acknowledged the issue and said that their app currently does not support iOS 16. So, users will need to revert back to iOS 15 in order to use Slack.

Apologies for the trouble, Rob. It looks like this is an upstream issue at the moment, and the Slack beta program won’t help here. We don’t officially support iOS 16 just yet, so you might prefer to roll back to iOS 15 for now. We’re sorry about the disruption. (Source) 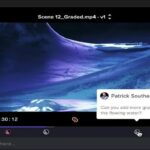 [Update: July 12] DayZ down or not working on Xbox, issue being looked into