If you are a fan of Formula 1, you must be familiar with the F1 racing video games. Developed by Codemasters and published by Electronic Arts, F1 22 is the latest entrant in the popular franchise.

While previous games in the series were only available on Steam, F1 22 will be available on Origin and Epic Games Store as well. It also features updated physics, new car models, and the brand new Miami Grand Prix. Improvements have also been made to the AI, which will now adjust the speed of cars according to the player’s skill level.

F1 22 will also include support for popular Virtual Reality headsets such as Oculus Rift and HTC Vive. Those who pre-ordered the title get early access and some additional content.

That said, recent reports from F1 22 players suggest that the game is crashing or freezing on the PlayStation and PC (1,2,3,4,5).

While some say it freezes right after launch, others are crashing mid-race. The issue seems to be causing a lot of frustration among players since the game is unplayable at best.

Here are some reports from F1 22 players experiencing freezing and crashing issues on PlayStation and PC.

@EAHelp Hello, I’ve just downloaded F1 22 and started playing when I try to launch into Grand Prix mode it crashes my game everytime? Races within MyTeam work fine, it only happens in Grand Prix mode. Any help? Many thanks
(Source)

4 crashes today on the early access. I don’t mean my driving, I mean your game has crashed 4 times, each at the end of a session without saving meaning I have to do the session again once the game reloads.
(Source)

While F1 22 developers are yet to acknowledge the crashing and freezing issues on PC and the PlayStation, those affected can try reinstalling and making sure their game and console are updated.

As a last resort, you can also try resetting your console to see if it helps. We hope the developers soon take a look at user feedback and release an update that fixes the issue before the official launch.

05:48 pm (IST): F1 22 developers have finally acknowledged the crashing issue that many players are facing. The company is investigating, but there is no ETA for a fix yet.

09:58 am (IST): Xbox players report that F1 22 is crashing on their consoles as well. EA team is aware of this situation too, but there is no ETA for a fix yet.

Note: We have more such stories in our dedicated Electronic Arts (EA) section so be sure to follow them as well. 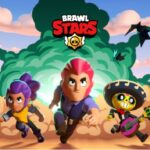