Founded in May of 1997, MediaTek is a Taiwanese fabless semiconductor company that manufactures several products including processors, HD TVs, optical disc drivers, and wireless communication chips. While the Wi-Fi card looks extremely good on paper, recent reports from those using the MediaTek MT7921 indicate the device is not working after the Windows 11 June update.

It looks like the hardware is having problems working after the update with some getting ‘This device cannot start. (Code 10)’ error message while others say their Wi-Fi is not showing up at all.

Till yesterday night everything was fine in my asus rog strix g15. Suddenly today morning I turned it on and was waiting so that I can connect to the wifi do my daily work but it was not showing there. I restarted but still it wasn’t showing so I did some google searches and then I found that my wifi 6 wireless lan adapter is experiencing driver or hardware related problems.
(Source)

The problem is wifi is not showing in the task manager. On the troubleshoot it showed like , The MediaTek Wi-Fi 6 MT7921 Wireless LAN Card adapter is experiencing driver- or hardware-related problems – Not fixed. Then I went to Device manager and uninstalled the driver because In one of the youtube videos it said to do it and the laptop will again reinstall the driver while restarting by itself. So now the Problem is when I go to troubleshoot. It tells me to, INSTALL A DRIVER FOR YOUR NETWORK ADAPTER
(Source)

While MediaTek is yet to officially comment on the matter, we stumbled across some potential workarounds that might help fix the MT7921 not working issue after the Windows 11 June update.

The first solution requires users to reset the BIOS and see if the card works as intended. It looks like the Windows 11 June update allegedly made some changes to BIOS.

The Asus employee made me reset the bios setting and after that, my wifi worked again.
For BIOS version 310 ONLY
1 – after full booting , press the power button for 20s
2 – press power button to boot and press F2 until you get to the BIOS.
3 – Press F9 and answer YES to get the default setting
4 – Press F10 and answer YES to save and restart.
5 – PC will reboot by itself and after that WI-FI will be back
(Source)

If this did not fix the issue, try holding the power button for at least a minute before booting up the machine.

If both aforementioned solutions fail to fix the problem, try uninstalling the device drivers and reinstalling them from the My Asus app available in Microsoft Store and see if it helps.

As always, we will be keeping track of further developments on the matter and update this article when we come across more information so stay tuned to PiunikaWeb.

Note: We have more such stories in our dedicated News section so be sure to follow them as well. 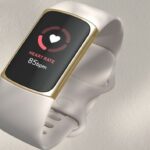 Fitbit Bitmoji clock face not installing or stuck on 'preparing to teleport' issue still persists for Versa 2 & 3 users, but no ETA for fix