Developed and published by Niantic, the company that brought us the likes of Ingress, Pokemon Go is an Augmented Reality based game released in 2016.

According to data from Sensor Tower, the game has already generated more than $6 billion in lifetime revenue. One of the major reasons why Pokemon Go is so successful is because the developers constantly work on bringing in new content.

But sometimes these updates cause issues like the Incense and Lure bug where Pokemon’s were disappearing quickly and Shadow Pokemon missing shadows.

That said, recent reports from Pokemon Go players suggest the ‘Make a new friend’ research task progression is bugged or not working (1,2,3,4,5).

Many say they tried adding several new friends, unfriending them and re-adding but nothing seems to help fix the problem.

I’m trying to finish Misunderstood Mischief questline (I stopped playing halfway through it) and I’m on the quest that says make a new friend. So far I’ve added 10 new friends and it still is unfinished. I’ve restarted the game, my phone, I’ve unfriended and re-added people. I’ve changed my buddy, thinking maybe it’s that. I don’t know what to do. How do I finish that quest? Thanks
(Source)

I’m currently on jump-start research 6/6, where I have a task to find a new friend. Since getting this task, I have added about 4 friends but the task hasn’t been completed. I contacted support and got past the useless automated responses and it said to put details in the chat and a human will come resolve the issue. 12 hours later, I just get another automated response saying: “we know about this issue. Is that all?” (In more professional terms).
(Source)

Thankfully, Pokemon Go developers Niantic seem to be aware of the fact that the ‘Make a new friend’ research task progression is bugged and said they are investigating the issue. But there is no ETA on when it will be fixed.

We hope they soon find out the root cause of the problem and fix it in a future release so players can complete the task. As always, we will be letting you know once the fix is available so stay tuned.

In the meantime, make sure you check out our Pokemon Go bugs and issues tracker to see similar issues affecting players.

12:19 pm (IST): A Redditor said that they have reached out to support regarding this issue and they have manually completed the quest for them.

02:17 pm (IST): In the recent response to a gamer regarding ‘Make a new friend’ task issue, Niantic support has confirmed that they are still investigating it. Also, they haven’t provided any ETA for the fix.

Hey there, Meldoy! Sorry for the trouble you’re experiencing with the task “Make 3 new friends”. We’re investigating reports associated with this task, and we hope to have a fix soon. (Source)

05:59 pm (IST): Niantic support has confirmed that the issue with ‘Make a new friend’ task will be resolved in the upcoming 243 release. However, they did not provide any ETA for the same.

Sorry for the trouble, Trainer! The issue with the task “Make a new friend” not progressing even after adding a friend should be resolved in the upcoming 243 release. (Source) 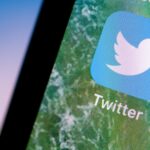