The tech giant has updated its lineup a couple of times, with the latest version launched in 2019. That said, NVIDIA recently released the Experience 9.1 update for all Shield TV owners.

While the move is appreciated by many, NVIDIA Shield TV owners are now complaining that the Experience 9.1 update breaks streaming apps like HBO Max, Netflix, Prime Video, among others (1,2,3,4,5).

Users are frustrated and wondering how they can watch their favorite TV shows and movies. Some tried resetting their device to factory settings and reinstalling the apps but nothing seems to help.

Hi All! First time on forum and I need help! Ever since the upgrade 9.1, my Shield does not work properly. It is constantly buffering. On all applications. Then “sometimes” an app will work like Netflix. 3rd party apps do not work at all. I tried a complete factory reset and uninstalled all apps and reinstall with the same results. Nothing seems to work. I checked my Ethernet connection and all is good. Did my Shield have a complete breakdown and I need to get another? I just bought it like 6 months ago. Any suggestions?
(Source)

Since the 9.1 update, reading films does’nt start in Netflix or Amazon Prime (the caching turn and turn and an error occurs). If I reboot the Shield, it’s OK, but the next time, after the shield has entered in standby mode, the problem comes again. I have a model Nvidia Shield TV 2017. Somebody has issues ?
(Source)

While NVIDIA is yet to officially comment on the issue, we came across a fairly easy workaround that might help with the problem.

Several reports suggest that the issue has something to do with USB storage and that if they unplug their external drives, the apps start working again.

In case you happen to have three drives attached to the Shield TV, try removing one since streaming apps are reportedly working fine with two drives attached.

We hope NVIDIA Shield TV developers take a look at the matter and release an update that fixes the problem as soon as possible. Rest assured, we will be updating this space if we come across more information so stay tuned.

11:29 am (IST): Nvidia support has acknowledged this issue and said that they are investigating it. However, they did not provide any ETA for the fix.

Note: We have more such stories in our dedicated NVIDIA section so be sure to follow them as well. 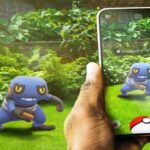 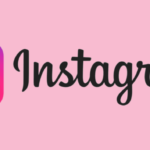