Gmail is one of the most widely used email services in the world. Since toppling Hotmail back in 2012, it has managed to keep its number 1 spot to date.

However, using the most popular email service does not guarantee a bug-free experience.

According to multiple reports, Gmail users are getting a prompt that says ‘Do you want to continue receiving messages from this sender?’ from the same sender even after clicking ‘Yes’ multiple times (1,2,3).

Those affected by the problem claim that the issue is incredibly annoying as there have been many messages sent back and forth between them and the sender.

The bug was first spotted by 9to5google and their report highlighted Google’s official acknowledgment regarding the problem.

As noted above, Google has acknowledged the issue and said that they are working on it. But there is no ETA for a fix at the moment.

The acknowledgment also confirmed that the issue affects both regular Gmail users and those with enterprise accounts.

We have confirmed through further investigation that this issue affects both Gmail consumers and Enterprise customers. New emails delivered post the impact time will not have any banner.
(Source)

A product expert has shared a workaround that can help fix this issue. All you have to do is reload Gmail and the message will no longer appear for you.

That said, users can breathe a sigh of relief as in the latest status update on the matter, Google confirmed that they thwarted the bug from popping up again.

However, users will still see the message on previous emails. Currently, Google is working to remove those older ‘Do you want to continue receiving messages from this sender’ banners from Gmail accounts as well.

Our engineering team has identified the root cause, prevented any further affected messages, and continues to work on removing the labels from the emails that have this incorrect banner.

We’ll keep an eye on this issue and update our story to reflect noteworthy information. Checkout our Google section for more such content. SiriusXM app turns off, shuts down, or crashes on Roku after certain amount of time; issue under investigation but no ETA for fix 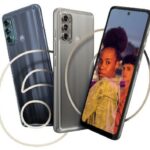