Owned by The Walt Disney Company, Disney Plus is an over-the-top video streaming service. Within 24 hours after its launch, it had more than 10 million subscribers, with the number rising to 50 million in just six months.

Disney also announced they will be spending somewhere around $16 billion on streaming content by the end of 2024, adding significantly to the existing 7,500 shows and 500 movies.

And while users rarely have any problems, last year many complained they were getting ‘undefined is not a function’ error on LG Smart TVs.

That said, recent reports from Roku owners indicate the Disney Plus app is crashing or restarting (1,2,3,4,5).

Subscribers say the app shuts down without any error message. Common solutions like logging out and back in and reinstalling the app do not seem to help either. Many say the issue surfaced after the recent app update.

Disney plus won’t open on Roku express. Disney plus has just stopped opening, when I try to open it shuts down but no error code given. I have switched off device, restarted it, deleted the app and reloaded, logged out off all devices on Disney plus website. has anyone any other ideas on what I can do? I have a Roku express bought less than a year ago
(Source)

Getting kicked from Disney + back to home. Out of nowhere while watching Disney + my roko tv will kick me back to home no warning nothing. i have reset I have deleted the app and re download and reset again I deleted all apps we don’t use I even went into Disney and deleted all other user accounts I did the hit the home button 5 times etc it still does it sometimes it will be after 30 minutes others it only plays for 10. helo super annoying kids home for summer live off Disney plus
(Source)

As it turns out, a user contacted Disney Plus support who then allegedly told them the developers are aware of the app crashing and restarting issue on Roku devices and are working on a fix.

We hope Disney Plus and Roku fix the app crashing issue at the earliest so subscribers can watch their favorite shows once again.

As always, we will be keeping an eye out on the problem and let you know when it is fixed so stay tuned.

09:49 am (IST): Disney+ support on Twitter has now suggested some troubleshooting steps to resolve the crashing issue. You can check them out here.

10:27 am (IST): It has been a few days since reports of the crashing issue started yet neither company has acknowledged it.

And now, Disney+ support is asking those affected to contact them via phone for further assistance.

01:09 pm (IST): One of the affected users has suggested a workaround that might help you resolve the crashing issue.

Workaround: The update today is, updated and rebooted my firewall appliance, left switches and wifi alone. Did another @disneyplus Obi-Wan stream with no issues, 1 1/2 episodes, just like last night. Maybe was just a glitchy glitch. (Source) 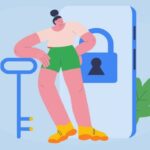