Two weeks ago, Pokemon Go received a new feature called GO Battle League. But the newly added feature was plagued with bugs and many players were experiencing lags and freezes. Many players are also facing delays while battling which results in the losing of matches.

Earlier, Niantic released a new update with version number 0.165.2 to fix the GO Battle League issues. Still, many issues with GBL didn’t not got fixed and Niantic addressed all of them on their official blog with it’s status.

Today, Niantic has released a new update for the game with version 0.167.0 which has further addressed GO Battle League issues. But with the latest update, many players are facing login issues and they have not been able to login into the game.

Players have taken the route of Twitter and forums to express this ongoing issue. Well, the issue is popping up mostly to Samsung owners. However, some other device owners are also getting the authentication error. Have a look at a few complaints down below. Niantic is currently aware of this issue and they have acknowledged this on their official blog. Niantic has confirmed that they are currently investigating the issue. We are keeping a close watch on this issue and will update you with more information whenever a fix arrives. You can check below the official issue description & status from Niantic. Issue description: We are investigating reports of players experiencing an “Unable to authenticate” error when trying to open the Pokémon GO app.

05:42 pm (IST): Many Pokemon Go players are again reporting (1, 2) issues with login. Moreover, they are getting network error.

Fortunately, Niantic support has acknowledged this issue and said that they are currently investigating it. However, they did not provide any ETA for the fix

Sorry for the inconvenience, Trainer! We are aware of and looking into similar issues causing login and other gameplay-related errors. Please stay tuned to our official channels for updates. We appreciate your patience and understanding! ^SC (Source)

01:25 pm (IST): Niantic support has confirmed that they have fixed the issues causing login and gameplay-related errors.

Sorry for the trouble, Clyde. We are aware, and our team has fixed the recent server issues causing login and gameplay-related errors. If you haven’t yet, please reload your app and check if you can log in to the app. (Source)

05:42 pm (IST): Many Pokemon Go players are once again experiencing login issues that prevent them from accessing the game. Niantic team is already working on a fix, but there is no ETA for it yet. 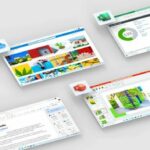