Logitech G HUB not opening or stuck on loading screen during startup issue persists for many, but there're some workarounds

Logitech is one of the few companies that has managed to stay on top of its competition thanks to constant innovation.

When it comes to device support, the company has really impressive software for managing mice, keyboards, and headsets. Logitech leads the competition with its comprehensive peripheral management software called G HUB. It allows users to customize their peripherals in various ways.

But lately, many Logitech G HUB users are reporting that the app is not opening or stuck on the loading screen when they start their machine (1,2,3,4,5). Many are frustrated since they are unable to use their Logitech devices to their full potential without G HUB.

Some tried reinstalling the app, running it as administrator, and even deleting all files in the installation location but the problem seems to persist. With reports dating back to 2019, it looks like the issue hasn’t been fixed for years now.

I have a lot of your hardware and have for over 20 years. I have 3 PCs in my house and all have Logitech hardware. All are using GHub software. Now ALL of my PC’s are having the same issue with your software. ALL are stuck on the loading screen. It just randomly started happening. They are stuck on the Logitech logo moving around. All my 2 of my PC’s are on the same network but one is on a different Network and has nothing similar to my home network. Yet it has the same issue as my home network.
(Source)

Hi and apologies if this one has been answered already but I’m stuck in the well documented loading screen animation loop. G Hub installed ok on my M1 Mac mini (Monterey) but no matter what I do, it remains stuck in the loop. I have tried uninstalling/reinstalling, starting the updater and agent processes manually as per a previous post but no luck. Anyone had any success navigating through this issue? Thanks
(Source)

While Logitech is yet to officially acknowledge the issue where G HUB is not opening or stuck on loading screen, we came across some workarounds that might help.

The first workaround is from Logitech and requires users to exit the app either using the tray icon or ending all related processes in the Task Manager.

I have a Swedish name with “special” characters and my Windows username was my firstname and lastname and my Windows profile path was the same. I changed my username to not include special characters and also changed my user profile folder name and user profile path in registry (had to do it in safemode) After that G Hub started working directly.
(Source)

We hope Logitech soon releases an update that fixes the G HUB infinite loading screen issue. As always, we will be updating this space when the problem is resolved so stay tuned 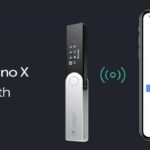 Ledger HBAR (Hedera) limited integration could cause loss of funds, here's how to avoid it