Developed and published by Supercell, the same studio that brought us Clash of Clans, Brawl is a third-person mobile online battle arena game.

The title has multiple game modes like siege, battle royale, and classic 3v3, each with a different objective. Players can choose from a large list of Brawlers that offer unique abilities.

However, in the last few months, players have complained about bugs like the texture missing or characters turning black and using Serve Ice Cold and Power Surge Gadget before dying activating Star Power.

Adding another one to the list, Brawl Stars are now reporting that the game is freezing or lagging while using Super (1,2,3,4,5).

While some say the game freezes for a second or so when using Super, others say it lags during the animation.

Multiple reports indicate that the problem surfaced after the recent Deep Sea Brawl update. Those affected are having a hard time playing the game normally.

I play on a low end device but my wifi is pretty good. Since the maintenance break dropped yesterday i have been facing a lot of lag whenever i use my super or even when just aiming it. The screen freezes up and the game starts to lag. This never happened to me so idk what to do. Even after reinstalling the game the problem remains. I think it might be the devices fault but I’m not sure. Any suggestions are appreciated. Thanks 🙂
(Source)

After the update way to many bugs 1 I been finding a bummer when using your super it tends to glitch and doesn’t feel smooth its not my device I been playing brawl stars for long on my Samsung a12 anyone else experiencing this?
(Source)

Thankfully, the Community Manager at Supercell shed some light on the matter and said Brawl Stars developers are investigating the lagging and freezing issues after the Deep Sea Brawl update.

We are investigating it at the moment! Hopefully we’ll have a fix for it sooner than later 😅
(Source)

We hope they soon find out the root cause of the problem and release an update that fixes the aforementioned issue.

02:08 pm (IST): The latest update for Brawl Stars includes a fix for the issue where the game is freezing or lagging. 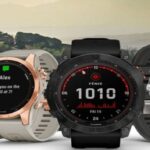