Pokemon Go players getting random team or party in battles, fix in the works, confirms Niantic

Pokemon Go is currently the most popular AR-based mobile game. Since its launch, it has built a strong global player base.

Pokemon Go was born under the foundation of Ingress, the first Niantic Labs AR mobile game. Both games share many core features, but over time, Pokemon Go has received many new features that make it unique.

The game is free-to-play, so you can try it whenever you want without spending any money. Also, it constantly receives new events and activities to keep active its player community.

One of the features that Pokemon Go received after its release was Pokemon Battles. But currently, players are facing issues with these battles.

Many Pokemon Go players are facing a glitch where they get a random team or party when starting a battle.

Random team or party for many Pokemon Go when starting battles

Before starting a battle, the player must choose a Pokemon team or party. But the glitch causes Pokemon Go players to start the battle with a random team, different from the one they chose.

new bug? offstream game. started recording when i realized i was in alien GbL. not the team i selected, not any of my 3 GL battle parties. can’t see any other mons in my back. not even my good Dragonair 😑 @NianticHelp que?? what is on my screen?
GG GarbageBaby
Source

@NianticHelp I lost a premium pass set because of this bug in go battle league where the battle started with a random party that I did not choose and my pokemon was half health and it did not show the other pokemon or the option to switch.
Source

Also, when the bug appears, affected players are unable to switch Pokemon teams as the ‘Pokemon switch’ section is completely empty.

i have 3 battle parties set, these are none of them. and why can’t i see any of the other Pokémons in the switch menu?
Source

#pokemongo @NianticHelp @NianticEng Had the weirdest GBL battle. The team it brought in was completely random. I couldn’t switch out pokemon and when one fainted, I was not able to pick which one to bring in. I was so stunned by this behavior, I forgot to take any screensjots.
Source

The Niantic team is already aware of the bug and working on resolving it. But there are no details about when the update with the fix will be available.

Sorry for the trouble, Trainer! We’re aware of this issue and working on a fix. Meanwhile, please let us know the following details via DM:

– Have you uploaded the game logs (in-app)?
– Device model and app version

We will update this story once new details on the matter emerge.

NOTE: You can also check the Pokemon Go bugs/issues tracker. 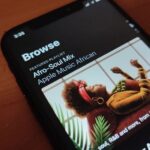 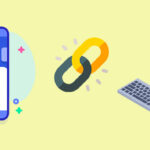 Here's how to link Android phone to Windows