The sheer popularity of the iPhone makes no other OS more important to Apple than iOS. This is why Apple’s big annual iOS updates are always hugely anticipated.

At this year’s WWDC keynote held on June 6, Apple announced iOS 16 and as usual, the update was expected to bring along plenty of new features and improvements to pre-existing ones — and indeed, it didn’t disappoint.

In Apple’s own writing:

Apple and “personalization” have hardly co-existed over the past years, but we’re beginning to see the company leaning towards freeing up users, albeit still with some limitations.

For instance, while iOS 16 went all-in with widgets, you can only have them in rectangular form as opposed to Android, where you have room to reshape and resize them.

Another great addition that came with iOS 16 is support for Face ID unlock in landscape mode. For years, ever since the iPhone X arrived, using Face ID has always required holding the phone in portrait mode.

This changes with the release of iOS 16, although Apple has limited the function to only a handful of iPhones, probably the latest iPhone 13 models.

While it might seem like a minor addition, the lack of landscape mode in Face ID has been super annoying in certain use cases, like when in bed.

Even more frustrating is that the iPad’s Face ID has always had support for landscape unlock since inception. For whatever reason, the iPhone had been left out. But this is no more.

Face ID unlock isn’t the only part of the iPhone that had been missing support for landscape orientation. Apple Music also hasn’t supported landscape mode on iOS for years, and it seems iOS 16 isn’t changing anything.

Interestingly, other Apple iOS apps like Notes, Calendar, Mail, or even Safari browser support landscape orientation in iOS. But Apple Music is still lagging behind.

Sure, you can watch videos on Apple Music when the iPhone is in landscape, but that’s about it. With audio files, there’s nothing you can do to tilt the screen’s orientation, even if the phone isn’t locked to portrait mode.

It’s possible Apple has no technical reason to omit landscape orientation support for its Music app. But not having it is quite baffling, if you ask me.

For starters, modern-day iPhones come with built-in stereo speakers. When held in landscape mode, the speakers are way more audible for such a small handheld.

But since you can’t use Apple Music in landscape, the quality of sound from the stereo speakers becomes sub-optimal when listening to music in portrait. And in typical fashion, Apple has a solution for this — buy their AirPods.

No doubt AirPods are top-notch music accessories, but it would be nice to have a great audio experience from the built-in iPhone stereo speakers without extra-spending on yet another Apple gadget. This only needs a simple app update. 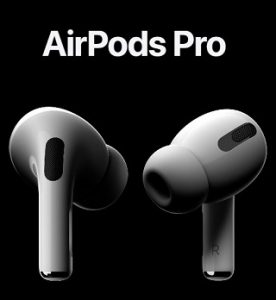 The lack of landscape mode in Apple Music becomes even more apparent when driving a car whose head unit doesn’t support CarPlay. In this case, one heavily relies on Bluetooth to connect to the car’s audio system.

When on the road, I prefer having my phone mounted to the car dashboard in landscape. This is especially useful when interacting with navigation apps like Google Maps or even Apple Maps.

Since the phone is mounted in landscape, interacting with Apple Music with the app stuck in portrait mode isn’t the best experience for any driver.

If anything, you’re forced to unmount the phone from the dashboard, browse through the Apple Music app while holding the phone in portrait, play your music of choice, and then mount back the phone.

For someone behind the wheel and trying to stay focused on the road, this is a less than ideal experience. Again, this is something Apple can fix with a simple app update, but here we are.

The fact that not even the Android version of the app supports landscape mode suggests this has nothing to do with the base OS. It’s just one of those weird Apple decisions that will hopefully be addressed in future.

My only fear is that it may take Apple Music as long as it took to bring support for Face ID landscape unlock to the iPhone, but I truly hope I’m wrong.

Let us know your thoughts in the comments. As for the Twitter poll below, results will be shared after a week of polling.

The poll results are out. Where 80% voted in favor of having landscape mode in Apple Music, the remaining 20% were against the idea of the iOS app getting support for this feature. 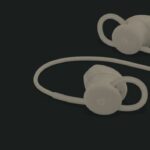 Pokemon Go players getting random team or party in battles, fix in the works, confirms Niantic