Soon after it was founded in 2004, Facebook has been dominating the social media niche. With over 2.91 billion monthly active users, it is undoubtedly the most used social media platform on the planet.

Recently, the company was sued by the Federal Trade Commission and several states in the US for antitrust and building a monopoly. And in the last few months, users have complained about bugs such as the app not displaying or loading list of people who reacted and the website page jumping or scrolling to top when pressing Backspace key while commenting.

That said, Facebook users are now experiencing a new issue where the platform is showing posts from unfollowed accounts and pages.

Many say the platform is ignoring everyone they had unfollowed and showing posts from everyone they are friends with. This is really frustrating since they are seeing posts they don’t want to.

Some tried fiddling with the settings, checked their unfollowed list, and viewed feed from both mobile and desktop but the posts still show up.

Below are some reports from Facebook users who are seeing posts from accounts or pages they had unfollowed earlier.

Anyone else have their newsfeed suddenly show everyone they previously unfollowed?A little less than a year ago, i unfollowed almost everyone I’m friends with on fb. I keep it around so I can follow some groups, local businesses, and sell on the Facebook marketplace. Today, my news feed is back to how it was prior to the mass unfollowing I did. Maybe it’s a glitch, or maybe it’s just why I hate Facebook. Anyone else?
(Source)

YES! Omg, I came looking to see if I was alone. Now my feed is full of all the people I feel like I have to stay “friends” with, but post crazy or excessive shit. My MIL literally comments on random crap every 5 minutes, alllll day long, and that is suddenly the bulk of my feed. Plus all the relatives posting toxic crap I unfollowed for a reason.
(Source)

Unfortunately, we did not come across any official word from Facebook on the matter.

However, we will be keeping an eye out on the issue and update this article as and when we come across more information so make sure you stay tuned for further updates.

And this new test could be the possible reason why users are seeing posts from groups or people they did not follow. However, this is just speculation and Facebook is yet to comment on the matter.

Note: We have more such stories in our dedicated Facebook section so be sure to follow them as well. 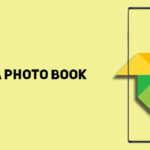