[Update: June 28] YouTube down and not working? You're not alone

– Unable to sign-in or switch accounts

Fortunately, YouTube support has already acknowledged and fixed the issue.

12:31 pm (IST): Many users are now reporting that YouTube is currently down for them in the UK. Moreover, fresh user reports on Downdetector also suggest the same.

Luckily, YouTube support has acknowledged this outage and said that they are currently investigating it.

12:58 pm (IST): Fresh user reports on Downdetector now suggest that the recent outage with YouTube has been resolved.

11:32 am (IST): Many users are now reporting (1, 2) that YouTube is currently down or not working for them. However, things appear to be recovering now as user reports are diminishing.

06:30 pm (IST): The recent outage with YouTube has now been resolved as we haven’t come across any fresh user reports on Downdetector. 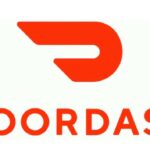 [Update: June 28] Doordash app down, not working or unable to sign in? You're not alone