In the segment of wearables focused on physical activity and health monitoring, Fitbit is one of the most popular brands.

Fitbit offers multiple lineups of products, among which the Fitbit Charge smart bands stand out. Fitbit Charge 5 is the latest release in the lineup.

However, many Fitbit Charge 5 users are facing issues with two of its most important features: sleep tracking and heart rate tracking.

According to multiple reports, the Fitbit Charge 5 smart band is not tracking sleep for many users. The problems with the sleep monitoring function reportedly started suddenly with no apparent explanation.

The sleep monitoring function on my Charge 5 stopped working 2 nights ago. I had over 50% charge left on my Fit Bit. I was trying to figure out how to reset it (checking the website) yesterday and the next thing I know, it won’t turn on at all. I attached the charging cord and it showed 0%. So I left it on the charger to get it charged up.
Source

In many cases, Fitbit Charge 5 sleep monitoring is not tracking any data. Meanwhile, in some cases, the sleep tracking starts to act just 5 or 6 hours after the user falls asleep.

I too have a similar problem. Using a Charge 5, my sleep is either not recorded or the recording does not start until I have been asleep for 5-6 hours. The I don’t get the sleep record. Also breathing rate and HRV is not recorded, skim temp and O2 is.
Source

Fitbit Charge 5 users are also experiencing issues with the heart rate feature. This function is especially important, and the main reason why many users buy a smart band.

The heart rate feature is very useful when doing physical activity. It is also useful for those who need to keep track of their heart rate throughout the day due to health problems.

So, the malfunction of the heart rate feature on the smart band is quite a serious problem. Also, the Fitbit Charge 5 is one of the most expensive Smart Bands available.

I have the same problem. From reading the posts, it seems like MANY people have this problem. My Charge 4 worked well, and I decided to upgrade. My charge 5 randomly quits recording my heartbeat. When that happens, I don’t get zone minutes or sleep tracking, etc. I can correct it by restarting my Charge 5; however, I don’t wake up at night to check if my heartbeat is recording properly.
Source

There is no official acknowledgment on the issue from the Fitbit team yet. But, there is a workaround that reportedly helps to mitigate it:

I have this problem often, try this…

I recommend you restart the device every day or at least every 2-3 days. I have had the best results when performing a restart of the Fitbit Charge 5 device at 8:43 o´clock or within 5 min. of that time.

NOTE: You can also check the Fitbit lineup bugs/issues tracker. 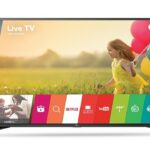 LG TV in HomeKit goes offline (No response) when turned off or outside local network? You aren't alone 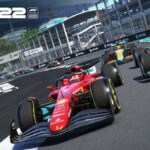 [Updated] F1 22 Champions Edition on Steam not working or still locked for many, issue acknowledged