[Updated] Snapchat chats or messages getting deleted after 24 hours? Here's why & how to fix it

Snapchat is one of the most popular instant messaging apps. The service started the “ephemeral messaging” trending, where messages vanish or delete immediately after viewing.

Since its launch, the Snapchat concept has attracted the attention of millions of people. In addition to auto-disappearing messages, Snapchat notifies users if the other person takes a screenshot of the conversation.

So, the Snapchat behavior and features allow you to protect privacy in conversations. And, users can keep messages longer if they wish.

However, currently many Snapchat users report that the service changed the default behavior, deleting messages after 24 hours of viewing them.

Snapchat common behavior is to delete messages right after the recipient sees them. However, the service also allows you to establish other ‘erasing rules’.

More specifically, Snapchat allows users to set the ’24 Hours after Viewing’ message deletion rules. Users can even save particular chats by long pressing on the conversation.

That said, since a few hours ago and for some unknown reason, the Snapchat chats deletion rules have been set to ‘erase 24 Hours after Viewing’ for all users.

I was tripping. Thought some how I change my Snapchat chat settings to delete after 24 hours. I come on Twitter and see everyone’s having that issue. Ummmm can we change this?? @snapchatsupport
Source

If y’all still gotta creep using Snapchat with this “delete after 24 hours” shit that’s wild.. people do anything to be sneaky nowadays lmao.
Source

This situation is causing a lot of confusion among Snapchat users. In fact, many are even unaware of the existence of additional message deletion rules.

Basically, the vast majority of Snapchat users prefer the ‘standard’ behavior. That is, delete messages immediately after the recipient opens them.

Here is how to fix it

If you are one of the users dissatisfied with the change, you should not worry, since it is a totally reversible configuration.

To return the standard behavior of Snapchat, just go to the Chat settings and change the ‘Delete Chats’ rule to ‘After Viewing’ (the default option) instead of ’24 Hours Viewing’.

At the moment, there is no official acknowledgment from the Snapchat team on the issue. Therefore, it is not yet known if the company intends to change the default behavior of the app.

01:02 pm (IST): Responding to a user’s query regarding the issue where chats are getting deleted after 24 hours, Snapchat support said that some features might change over time in order to improve the user experience.

However, the support hasn’t yet provided any explanation for this change. Here’s the full statement:

Hi there, We’re always working to improve the Snapchat experience on both platforms, so some features may change over time. In the meantime, we’ll share the feedback you provided with our team (Source) 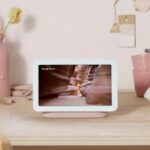