Ever heard about Sonic the Hedgehog? If you did, you must be familiar with some of the games Sega has published in the last couple of decades.

Sonic Origins is a compilation by the Sonic Team that features the remastered versions of the first four games released on the Sega Mega Drive and Sega CD. The developers also included an anniversary mode that includes support for widescreen displays and removes lives. Players can also use the drop dash from the 2017 game Sonic Mania.

Apart from additional game modes, it also allows players to unlock content that can be viewed in the in-game museum.

But soon after Sonic Origins was released on PC, players started complaining about the stuttering, lagging, and low FPS issues (1,2,3).

Is anyone else having a slow down/lag issue with the PC issue of Sonic Origins? When I get into the menus and games themselves it lags immensely. When I run other games like Mania or Forces they’re perfectly fine and I have good enough specs for it so what can be the issue?
(Source)

So my gaming laptop cannot run sonic origins for whatever reason. I couldn’t enjoy the opening sequence cuz it lagged and ran at 10 fps. Had to request a refund on steam and now im opting for the switch version. Was gonna strean it tonight but now im immensely upset #SonicOrigins
(Source)

While the developers are yet to acknowledge the issue, some suggest it is because of the Deunvo Anti-cheat eating up hardware resources as Sonic Mania had the same problem upon launch.

May I ask, was it Sega’s decision to have denuvo for the PC port? Sonic mania had issues with Denuvo and so is Origins… Any chance of removing it?
(Source)

That said, we came across some potential workarounds that might help with the issue.

If you happen to own a NVIDIA GPU, head over to control, go to 3D config in program settings and add Sonic Origins exe file. Then select the high performance processor and hit apply.

For PC users who lag Sonic Origins: 1. Go to the NVIDIA Control Panel. 2. Go to 3D configuration and select in program settings. 3. Add the Sonic Origins .exe. 4. Select the high-performance processor and click on apply.
(Source)

Others say turning off V-Sync fixed the stuttering and lag spikes for them.

We hope the developers listen to its community and remove Denuvo or optimize it in the coming days since Sonic Origins is unplayable at the moment because of the stuttering issue.

Rest assured, we will be keeping an eye out on the problem and let you know once the developers fix the issue so make sure you keep checking Piunikaweb.

05:40 pm (IST): A member of the Sonic Origins development team has pointed out that many of the performance issues in the game are caused by the integration of external elements and modifications made by the distribution company.

Moreover, as suggested by many gamers, Denuvo anti-piracy system is one of the elements which is causing the performance issues. 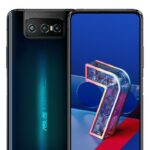