[Update: July 27] Doordash app down, not working or unable to sign in? You're not alone

06:21 pm (IST): According to reports on Downdetector, the recent outage with the Doordash app has now been resolved.

08:45 am (IST): Doordash is currently down and not working for users for the past couple of hours. The company acknowledged the problem and a fix is in the works.

We are currently experiencing issues with our consumer platform. We are working to resolve as quickly as possible. Thank you for your patience. (Source)

06:18 pm (IST): It appears that the recent outage with Doordash app has now been resolved. However, we haven’t received any confirmation from the support over the same.

11:00 am (IST): Proliferating reports on Twitter and Downdetector indicate that Doordash app is currently down or not working for many.

06:50 pm (IST): According to reports on Downdetector, the recent outage with Doordash has now been resolved. 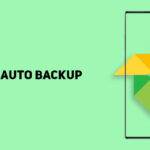 Here's how to turn off auto backup in Google Photos 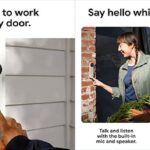