On October 19, Google released the stable Android 12 for Pixel phones along with the Pixel 6 series. Since then, many Pixel users have upgraded to this new version.

Android 12 brings some significant changes and new features along with Material You design. After upgrading to this version you get the redesigned quick settings, a privacy dashboard, and much more.

Having said that, some Pixel users who have recently upgraded to stable Android 12 are also reporting several kinds of bugs. 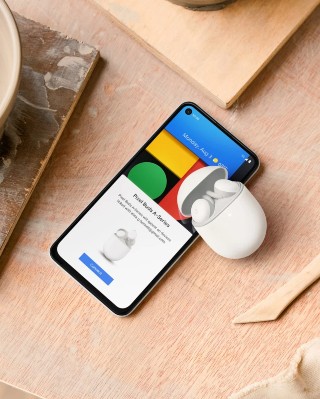 Previously, some Pixel users complained about Bluetooth audio issue where audio came through the phone speaker and not the connected Bluetooth device.

And now, another audio-related issue has come to light (1, 2, 3, 4, 5, 6, 7) where some users say audio from some apps such as YouTube, Spotify, and Podcasts occasionally pauses when using a Bluetooth device.

Is anybody having audio problems with the 5a (5g)? I can’t pinpoint a specific app (happens while listening to audible, pocketcasts, and mixcloud) just cuts audio going to my Bluetooth headphones. The respective apps do not pause playback just cut audio. I realize that’s a lot of potential problems: Bluetooth, different apps, etc. This never happened on my 4a. (Source)

Since updating to Android 12, any audio, from YT Music, Podcasts, or Audible, will randomly (between 3 seconds and 15 minutes) fade out over one second, and pause. Not like hitting pause, which stops immediately with no fade-out. The indicator shows it’s paused, and hitting the play icon, button, or other methods successfully resumes playback. (Source)

Affected Pixel owners say when listening to any audio using a Bluetooth headset or buds, it gradually fades out and then pauses. And to resume playback, they have to hit the play button.

As noted earlier, this Bluetooth audio playback pausing issue affects apps like YouTube, Podcasts, Spotify, and others on Google Pixel phones running on the latest Android 12.

Unfortunately, Google has not yet acknowledged the issue. But we hope it gets noticed by Google and gets fixed as soon as possible.

That said, we will keep you updated on the Bluetooth audio playback pausing issue on Google Pixel phones as and when any new information comes up.

If you are experiencing any other kind of issues with your Pixel device after upgrading to Android 12, then make sure to check our dedicated Google Pixel Android 12 bug tracker.

05:45 pm (IST): A Redditor has a few suggestions for users who are facing the issue. Here’s what they have to say:

– Uninstalling the Roku App seems to work for many.

12:00 pm (IST): Google is pushing out the December 2021 update to its eligible Pixel devices. The changelog notes that this build holds general fixes & improvements for audio playback issues in certain apps. Here’s a snippet of the same.

03:42 pm (IST): Some users are still reporting the issue where Bluetooth audio is stuttering even after the Android 12L update. However, there’s a workaround that might help you resolve the issue.

You can do this at Settings > System > Advanced > Reset options > Reset Wi-Fi, mobile & Bluetooth. I’d recommend rebooting your phone in safe mode (Source)

12:14 pm (IST): A Redditor has shared a workaround that might help you resolve the Bluetooth audio playback issue. So, those affected can try and see if it helps.

I actually just fixed it by setting the AVRCP to 1.4 and then disabling A2DP HW offload. Such a weird issue though. It must have been the June update that changed something. If you got time, edit the post and include this guide as well, might help someone. (Source)

My 5 does this occasionally with headphones. So annoying, but turning Bluetooth off and on again seems to fix it. (Source) 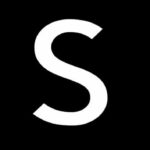 SHEIN app & website down or not working? You're not alone