Fortnite is currently the most popular battle-royale game in the industry. Epic Games has been responsible for turning the game into an extremely popular phenomenon.

Fortnite developers offer constant support to the game with a lot of new content. Also, it receives routine updates with bug fixes and weapon balances.

However, currently Fortnite players on PC are facing an issue where they get stuck on the initial loading or ‘Connecting’ screen, preventing them from accessing the game.

According to multiple reports, many Fortnite players on PC are completely unable to access the game as it gets persistently stuck on the ‘Connecting’ screen.

I just installed the game, my pc is able to run it but when i run the game it gets stuck on connecting and in the task manager it says not responding . pls help
Source

You’re not alone, I’ve got the exact same problem. After updating, when I try to launch the game it gets stuck and frozen on a loading screen. I play on a pc, laptop, performance mode, and I never had this problem before.
Source

It seems that the problem started from the installation of the most recent Fortnite v21.30 update.

Game not working after update

left it alone and game crashed after 5 mins
Source

The Epic Games team is already aware of the issue and is working on a fix. However, there are no details of an ETA for its rollout yet.

We are aware that some PC players may get stuck on login during the “Connecting” screen.

We’ll provide an update when we have more info.
Source

11:37 am (IST): Fortnite support has confirmed that the issue with loading screen has now been resolved.

NOTE: You can also check out our Fortnite bugs/issues tracker. 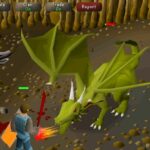