Call of Duty recently released Vanguard, a game that lets players witness the birth of special forces during the end of the Second World War.

With gameplay mechanics similar to that of Modern Warfare, Vanguard does introduce new features such as the ability to blind fire from cover and destructible environment.

However, since launch, players have faced several bugs and issues with some making the game completely unplayable. That being said, Vanguard players now say (1,2,3,4,5) that the game is freezing, disconnecting, or crashing from the server during Kill confirmed matches.

Many say that the issue surfaced after the recent Season 2 update. This is causing a lot of players to get angry or frustrated since they are unable to complete the round.

Below are some reports from Vanguard players experiencing crashing, freezing and disconnecting issues when playing Kill confirmed matches.

Lately, I’ve been dealing with back-to-back host/server disconnects. It happens when I’m playing a normal vanguard match and then all of sudden, everything freezes. In this picture, I was playing Kill Confirmed – the tags stopped spinning, teammates & enemies frozen, their face textures all distorted, etc. Is this an issue on my end with my graphics card, corrupt files, etc., or an issue on vanguard’s end? If anyone else has dealt with the same issue and has even perhaps fixed it, please let me know.
(Source)

As it turns out, Sledgehammer Games seem to be aware of the issue and said they are investigating the Vanguard disconnecting issue when playing Kill confirmed matches on their Trello board.

However, there is no ETA on when it will be fixed. As always, we will be keeping an eye out on the matter and update this space once the problem is resolved so make sure you stay tuned for updates.

In the meantime, make sure you check out our Call of Duty Vanguard bug tracker to see similar issues affecting users.

12:12 pm (IST): Sledgehammer Games on Twitter announced that they have temporarily removed Kill Confirmed from all playlists as they work on the issue causing server disconnection errors.

❗️ We’ve temporarily removed Kill Confirmed from rotation in all playlists in #Vanguard while investigating an issue resulting in server disconnect errors. (Source)

06:38 pm (IST): Sledgehammer Games on Twitter has informed players that they are testing a fix that will bring back the Kill Confirmed mode to COD: Vanguard. It will arrive with the mid-season game update later this month.

We’re currently testing a fix that we’re optimistic will allow us to bring Kill Confirmed back to #Vanguard. Due to the complexity of this issue, we expect to release this fix along with the mid-season game update later this month. (Source)

01:39 pm (IST): Sledgehammer Games has confirmed that the Kill Confirmed is back in COD: Vanguard with the latest update.

03:16 pm (IST): Some users are again reporting (1, 2, 3) that COD: Vanguard is constantly crashing for them. Unfortunately, the support team hasn’t yet acknowledged the issue.

the game and servers are lagging and crashing af…it reminds to my ex lol fix that once for all.!!!!! @Activision @RavenSoftware @InfinityWard @CallofDuty @SHGames @ATVI_AB (Source)

Fix the constant crashing on PC. Every time when I’m playing Zombies on Shi no Numa, it keeps crashing non-stop. (Source) 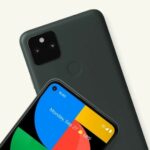 Coinbase BTC transactions to Taproot addresses stuck at pending or not supported, fix in the works