Developed and published by Frontier Developments, Jurassic World Evolution 2 is one of the few business simulation video games available.

It follows the events in the movie Jurassic World: Fallen Kingdom with the campaign taking place in various biomes like deserts and forests across the United States. However, in the last few days, issues such as database entries not unlocking for some and shadow bugs after the NVIDIA driver update have troubled many.

Adding to the problem, it looks like Jurassic World Evolution 2 is crashing on Xbox for some (1,2,3,4,5).

Reports suggest the crashes also cause the Xbox to freeze and shut down randomly. Many say the problem surfaced after the Dominion update.

I don’t know if it matters I downloaded this game through the Xbox game pass, but it worked fine through the campaign missions. It was when I reached and played the Chais Theory set when the game started crashing my Xbox fully off like it was unplugged. At first it seemed pretty rare through the set, but when I started playing the Jurassic World Chaos Theory it got bad. I could maybe play for 10 minutes then it crash and it would take 5-10 for Xbox to turn back on and fully load everything back up.
(Source)

Game crashes hard on Xbox way to much..Didn’t seem to have this problem before the latest patch. Now happens fairly often. Usually when zoomed in on a dino. But has also happened while doing general building. The annoying part is its not even a soft crash to the Xbox home screen. The console fully shut downs, freaks out and struggles to turn on again. Then causes a fairly long boot. This can’t be good for the hardware, please fix this Frontier..
(Source)

Fortunately, Frontier Support was quick to comment on the Jurassic World Evolution 2 Xbox crashing issue and said it is currently under investigation. But there is no ETA on when it will be fixed.

Hi there. We are aware that some players have been running into repeated crashes when playing, and this is something we are currently investigating. Unfortunately I cannot comment on any form of ETA for the next patch, but hopefully it shouldn’t be too much of a wait. The troubleshooting steps we’re advising in the meantime are clearing your consoles cache and reinstalling the game – I do apologise for the inconvenience. Please rest assured that we are looking into this, and look to continue improving the game experience. We really do appreciate your patience.
(Source)

In the meantime, those affected can try clearing the console cache and reinstalling the game to see if it makes any difference.

We hope the developers soon find out the root cause of the problem and fix it in the coming days since the game is currently unplayable at the moment. 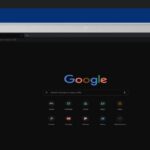