The June update for Google Pixel phones has been available for a few weeks now. However, it seems that the latest version of the software brought some problems.

NFC is one of the most convenient features. In addition to instant pairing with other products, it allows mobile payments to be made quickly and easily.

That said, Google Pixel ‘NFC pay’ feature is currently broken or unavailable for some users after the latest June update.

Google Pixel ‘NFC pay’ currently broken or unavailable for some

According to multiple reports, some Google Pixel users are unable to pay through NFC contactless services (as Google Pay).

Hello. Yesterday, nfc stopped working on Google pixel 4. In Google pay support, they said that everything was in order on their part and they did not see any problems. They said it was a problem with the phone. Play protection status, writes that everything is in order with the phone and there are no problems. I think it’s some kind of system failure. I’m in Ukraine.
Source

Apparently, the OS erroneously detects that the smartphone has been rooted. A smartphone with root access does not meet Safety Net security standards, so many payment and banking services (like Google Pay) are incompatible.

I just got my Pixel 6 and upgraded from a Pixel 4a. I had Google Pay set up so I could pay contactless, and I tried setting it up on my new phone. After I put the info in, it says “Couldn’t finish setup to pay in stores: this phone can’t be used to pay in stores. This may be because it is rooted or altered in some other way.” But i got this phone brand new directly from the Google Store.
Source

I’ve recently got an June update for my Pixel 4, and after it, i’ve noticed that my Google Pay doesn’t work any more. When i go to Google Play app, and there are a message that my phone is not certified for Play Protect certification
Source

A Redditor shared a potential workaround that reportedly helps restore functionality to services like Google Pay:

I managed to get it working by clearing the cache and storage of the Google pay, Google play and play services. For some reason after that it worked. The pin makes sense too, yes I did have a pattern. I’ll change it to a pin to be on the safe side.
Source

The same Redditor also points out that using a PIN instead of an unlock-pattern could help avoid the problem.

We will update this story once new developments emerge on the matter. 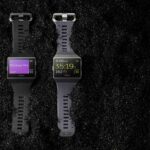 [Updated] Why is Instagram asking for birthday (DOB) information? Here's what the company says