NVIDIA is one of the biggest GPU manufacturers in the world. Similar to Google Stadia, it also offers a cloud-based solution for those who want to play their favorite games on the go.

Called GeForce Now, the service lets players install and play video games from their collection on a remote computer.

It is available on several platforms such as Windows, macOS, Shield TV, Chromebook, and Android. It can be accessed via browsers such as Google Chrome, Safari, and Microsoft Edge. However, in the last few months, GeForce Now subscribers have been facing issues such as ‘the product cannot be activated’ error with Ubisoft Connect games and launch error when trying to play Assassin’s Creed Valhalla.

That said, NVIDIA GeForce Now users have been complaining about mouse delay and input lag issues for quite a while now (1,2,3).

Players say the problem resurfaced in the last few days and is ruining the overall gameplay experience. Moreover, reports suggest that GeForce Now isn’t giving any bad connection warnings during the session.

Question about mouse lag in some games. I have been using geforce now recently to play Lost Ark, and tried out some demos. I noticed the mouse doesn’t have any lag which I assume is using the mouse input from my computer. I tried some older games (tested terraria) it’s delayed like it’s showing the streamed mouse moving. Is this a new feature to new games?
(Source)

I’m trying out the free subscription on PC right now before jumping into one of the paid tiers. I tried playing Rocket League and there was a lot of input lag making the game unplayable. Does anyone else experience this on the paid subscriptions? I used Rocket League because I know it’s pretty sensitive to input lag and ping issues. I used to have ShadowPC and RL was unplayable on their service as well.
(Source)

Unfortunately, we did not come across any official word from NVIDIA on the matter. However, we stumbled upon some potential workarounds that might help fix the GeForce Now input lag issue.

Some users say dropping the mouse polling rate to 125Hz fixed the problem. In case you are unsure how to do that, check your mouse software to see if it allows altering the polling rate.

Those who played on Chromebooks say the Bluetooth is bad when it comes to cloud gaming and that switching to a Windows laptop fixed it for them, so you might as well give that a try.

Chromebook has bad bluetooth when it comes to controller and cloud gaming in general, if you try any windows laptop and compare the input latency its night and day to a Chromebook, don’t know if theres much gfn can do
(Source)

A bunch of users who were on Founders membership said switching to RTX plans fixed the issue for them.

We hope the aforementioned workarounds helped you fix the NVIDIA GeForce Now mouse delay and input lag issue. Also, if we missed out on something, do let us know in the comments down below. 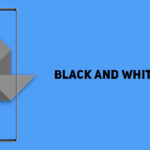