The Fitbit Charge 5 is the latest device in the long-running Charge series. It maintains the design language of its previous models and comes with a six-month free trial of Fitbit Premium.

All in all, it is a significant upgrade over the Charge 4 with its brighter display, more sensors, and improved battery life. However, despite its impressive hardware, issues such as excessive battery drain and missing support for the Relax app have been troubling many in the recent past.

Many have tried restarting their phone and app, resetting the watch, and switching Bluetooth on and off but nothing seems to help.

Here are some reports from Fitbit Charge 5 users who are tired of the Bluetooth frequently disconnecting and data not syncing.

I have had my charge 5 for 2 months and it continues to not sync! I have uninstalled it and reinstalled it 3 times and follows all the pointless advice on the Fitbit help screen. I’m using an iPhone 12 and when I look at the Bluetooth screen on my phone it says my Charge 5 is connected then not connected continuously! If it’s paired with Bluetooth surely it should stay connected when it’s trying to sync? Help need before I demand a replacement please…
(Source)

Charge 5 app on Android has worked well for many months. Last night the fitbit unit wouldn’t sync or even charge. I restarted the unit and it is charging again. It is also syncing but just some of the data, like heart rate, while not syncing steps, as an example. What causes these partial data syncs? And how to fix them?
(Source)

Thankfully, a Fitbit forum moderator shed some light on the matter and said they are working on a fix for the Bluetooth disconnection and data syncing issue. However, there is no ETA for when it will be resolved.

Thanks for letting me know about your Charge 5. As mentioned before, this issue has been reported to our team and they’re working to bring a fix to all our affected members. I apologize for the inconvenience this has caused, as well as your experience with our Support team. Every feedback shared in the forums never goes unnoticed as it helps us to improve our services, and yours won’t be the exception.
(Source)

Rest assured, we will be tracking further developments on the matter and update this space as and when we come across more information so keep checking this space. 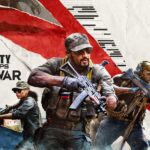 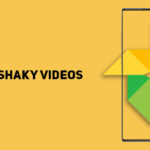 Here's how to stabilize shaky videos in Google Photos