COD: Black Ops Cold War is one of the most interesting games in the Call of Duty franchise. It arrived at the end of 2020 and is available on multiple consoles (current and previous generation), and Windows OS devices.

According to multiple reports, the COD: Black Ops Cold War ‘Failed to host lobby’ error message may appear randomly between matches. In some cases, the error message even kicks players out of matches.

Ever since Season 3 update you can’t even keep a PS in-game party together for more than a game or two before it kicks the party leader from his own party and shoots a “failure to host lobby” notice. Even after everyone in the party restarts the app, it still boots the leader!

Can’t hardly play for long with a party and enjoy the damn game. Last update was a week ago and it’s still acting like this.
Source

Have 6 friends who play Cold War, we all want to play together but every time we all get into a lobby we are disconnected with the error “Failed to host lobby” it’s been days and we’ve spent over 45 minutes just sitting in lobby trying to sort it out multiple times, each time we just get fed up and don’t even end up playing. I’m really close to just putting away Cold War for good. And it really sucks cause it’s the only game I wanna play.
Source

It seems that the only way to solve the problem is to restart the game. However, this is only a temporary fix, as the error message will appear again, and you will have to reboot each time it occurs.

For some players, the problem has even caused the system to think that they have not purchased the game.

I tried to play zombies or multiplayer solo or with friends it says “failed to host lobby” every time. So I restarted Cold War and now it says I don’t own the game at all. I own the game, my card wasn’t canceled nor was my purchase canceled but now it’s unplayable.
Source

The Treyarch team is already aware of the issue in question and is investigating. However, there are no details on an ETA for a fix yet.

I’ve shared the “Failed to host lobby” information with our team which is a separate discussion. If I receive any updates or questions from our team about it I’ll reach out again.
Source

01:08 pm (IST): While the community manager has escalated this issue to the team for further investigation, Activision hasn’t yet acknowledged it on its official known issues page. So, its unclear when this bug will get fixed.

03:43 pm (IST): One of the affected players has suggested a workaround for this issue that is applicable when you are playing with friends.

I’ve seen it this way forever now.. the only way to fix it is exactly what you already said relaunching which is really bleh if you’re on ps4 or Xbox one because of the really slow load in times. Best way to avoid it is have everyone and yourself relaunch before even inviting and or never leave each other’s party because it seems to start happening after a rejoin etc. (Source)

Moreover, some players say that running a speed test instead of restarting the game also works.

Do a speed test instead of restarting game, forces you off server and you have to reconnect when you go back to game. You don’t have to finish test, only start it. (Source)

Also, the issue has not yet been added to the official Treyarch Trello board. So, it doesn’t seem to be a top-priority issue to fix for developers at the moment. 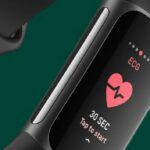