If you are looking for foldable phones, the Samsung Galaxy Fold series might appeal to you. They are undoubtedly some of the best foldable devices available in the market.

But Samsung Galaxy Fold, Z Fold 2, and Z Fold 3 users are now reporting that their keyboard has gotten smaller after a recent Gboard update.

Many say the keyboard used to fill the width of the screen but now shows large borders on both sides. Some thought it was a bug and tried force-stopping Gboard and clearing app data and cache but that didn’t help either.

Here are some reports from Galaxy Fold series owners complaining about smaller keyboard after the recent Gboard update.

Change with of board? Until recently on main Fold 3 display my gboard keyboard essentially filled the width of the screen. Now there are large borders on both sides. I know how to adjust the height of the keyboard but does anyone know how to adjust the width to remove the unneeded padding? This change is really screwing up my muscle memory and just seems a pointless waste of space.
(Source)

GBoard keys’ position and size change by itself. Hello to everyone. Last night the layout of my GBoard changed by itself. The enter key was on the right and the keys itselves were larger. It is very uncomfortable and annoying. Reinstalling the app helps, but I’m not going to reinstall it everyday. How do I fix it?
(Source)

It looks like the change is part of the Gboard split keyboard layout for foldable phones that Google hinted at earlier this year.

Thankfully, we came across some workarounds that might help Samsung Galaxy Fold users fix the smaller Gboard keyboard layout.

The first workaround requires users to install an older version of Gboard and disable auto-update in the Play Store since updating the app will make the problem reappear.

In case you don’t know how to disable auto-updates for Gboard, open the app page in Play Store, tap the three-dot menu in the top right of the screen and untick the ‘Enable auto update’ option.

Another workaround involves going into Gboard settings and fiddling with the keyboard height until the padding is non-existent, so give that a try as well.

We hope Google soon releases an update that fixes the problem with the smaller Gboard keyboard layout.

As always, we will be keeping tabs on the matter and update this space as and when we come across more information so stay tuned. 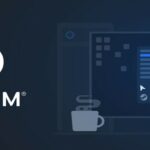 [Updated] Steam server down or not working? You're not alone