Logitech is one of the leading manufacturers of input and interface devices in the world. In May this year, the company announced that its sales figures were at an all-time high, amounting to $5.48 billion.

Based out of Switzerland, it was founded in 1981 and has been one of the leading innovators in the market ever since. That said, Logitech’s MX flagship lineup has some of the best keyboards and mice available right now. Logitech mouse and keyboard users can also download the Options software that allows them to enhance and customize their devices.

But according to recent reports from Logitech users who use Options, it looks like the software is forgetting key mouse and keyboard key assignments.

As it turns out, the problem seems to be affecting both Windows and Mac users alike. While loading Logitech Options manually or restarting temporarily fixes the problem, users say the software is forgetting key assignments after a few minutes.

Users have already tried reinstalling the app and using troubleshooting steps suggested by Logitech support but to no avail.

Really getting tired of Logitech Options. All the hotkeys/mapped functions on the mouse and fn keys on the keyboard stop working. I’ve tried several reinstalls and the beta software but it’s absolutely dire. Opening logitech options (despite enabled on startup) temporarily enables all functions until it seems like it falls asleep. On the keyboard, switching between devices seems to restart the keys until it bonks out again.
(Source)

With some reports dating back to April this year, it looks like the problem has been affecting user functionality for quite some time now.

Thankfully, Logitech Support commented on the issue where Options keeps forgetting mouse and keyboard key assignments and said they have escalated the problem to the concerned team for further investigation.

We apologize for the inconvenince caused. Thank you for your feedback. We will pass this along to our team. We always want to ensure we are providing our customers with the best products and experience. Let us know if there is anything else in the future we can do to assist.
(Source)

As always, we will keep track of further developments on the matter and update as and when we come across more information so make sure you keep checking this space. 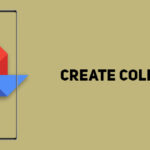 Here's how to create collages in Google Photos