Fitbit Charge 4 not working or won't charge for many; battery drain issue comes to light too

Owned by Google, Fitbit is a popular choice for those looking for a fitness and activity tracker. That said, the company released Charge 4 in March of 2020. While the fitness tracker performs pretty solid, issues such as missing skin temperature variation tracking in the Health Metrics Dashboard after the SpO2 update have troubled many.

And now, Fitbit Charge 4 users are reporting that their fitness tracker is not working or charging. Many say their screen went black which was quickly followed by a device failure (1,2,3).

Users have tried restarting and resetting the Charge 4 but that didn’t help either. It is interesting to note that Charge 4 users had complained about charging issues in August last year as well.

Charge 4 stopped working; no screen; vibrated like crazy. It was already at 75% but charged it up overnight; started working until next morning; then next morning blank screen again. Put on charger and held button for 8-10 seconds and smiley face came back – but nothing else. This went on for a day or so and as long as I charge it every morning every day it worked ok. Couple months later it started not working again. Called Customer Service; cleaned back lights with alcohol and dried.
(Source)

My charge 4 is less than two years old. Today the screen went black and it won’t charge or connect to my phone. Side button is unresponsive unless held down for restart. The green light is still blinking on the back. Tried to restart by holding the button down, and the smiley face appears but then disappears. For a brief period after recharging attempts, the button will vibrate continuously if held down, but eventually this stops. No change is ultimately made. I am really disappointed with the quality of this product. Please help.
(Source)

And as if this wasn’t troubling enough, Charge 4 owners are complaining about battery drain issues.

Users say their device isn’t holding any charge and that the battery barely lasts a day. Some said they have tried turning off several features to preserve battery but that isn’t helping either.

I’ve had my Charge 4 for about a year. No problems at all with the battery and then all of a sudden yesterday it drained from 80% to dead in a matter of hours. I recharged it around 9pm and it was dead by 4am. I recharged it again this morning, and restarted 3 times. Disconnected and reconnected the Fitbit to my app. Bluetooth off and back on. Everything I could find online in other threads about the same issue. There was very slight improvement as it went from 100% to 60% today.
(Source)

Mine started dying in a matter of hours starting on Friday June 3RD. I had changed no settings but have since gone in and changed GPS to “use phone GPS” ….Which defeats some of the purpose of the tracker. I have charged to 100% twice a day and it does not last the night. Have not asked it to record any workouts. Restarted in settings on Fitbit and also by pressing side button while on the charger and have been told to restart on the charger a 2ND time and monitor for a day.
(Source)

Unfortunately, we are yet to come across any official word from Fitbit on the Charge 4 not working and battery drain issues. Let us hope the developers soon take a look at the user feedback and shed some light on the matter.

As always, we will be keeping an eye out and update this space as and when we come across more information so make sure you stay tuned to PiunikaWeb.

[Update: Error 503] Archive of Our Own (AO3) down right now, company investigating 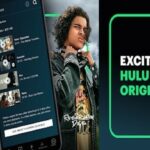 [Updated] Hulu app not working or playing on Nintendo Switch, issue under investigation