[Updated] Insteon Hub down, not working or facing login & connectivity issues? You're not alone (alternatives inside)

Insteon Hub is one of the most popular home automation platforms. Many users rely on it to set their Smart Home systems.

Insteon offers a catalog of IoT devices that you can use to control the lighting and electrical system of your home.

However, for a few hours now, the Insteon Hub devices suddenly stopped working, leaving many users with unusable devices. But, throughout this story we will leave you some of the best alternatives.

Insteon Hub devices suddenly down or not working

As of this morning, my worst case scenario has come to pass… Insteon servers appear to be down and my hub is offline… This is the problem with having a single provider for the entire technology stack. I am no longer able to log into the app to manage devices… and it seems that all third party integrations, including Amazon Echo/Alexa automations, are not working 😠😡🤬🤯
Source

My Hub is now offline

I know Insteon is circling the drain but I was getting by because my current setup has been working. But today all of a sudden my Hub is down. Ethernet is fine, power is on, tried power cycling it, still the little red light is on the Hub. I tried calling Insteon support and get only a busy signal. Insteon support forum won’t load like it’s a dead website. Is Insteon fully dead now?
Source

This situation has brought serious difficulties to those users who completely relied on Insteon devices to control their home automation systems. Apparently, the outage occurred unexpectedly and without prior notice.

I agree. I also have a large set up. No announcement and no warning. If this is not an outage then it is a huge betrayal of trust.
Source

Wave and Zigbee are two wireless communication protocols that are especially popular among users of home automation systems.

Both protocols allow IoT devices to form a mesh network (with a hub in between) to communicate with each other instead of having to connect to your main router. This will avoid the saturation of your home network.

That said, these are some of the most popular brands that use the Zigbee protocol:

And, some of the most recognized brands that support Z-Wave are the following:

Some names appear on both lists because they offer products that support both protocols for convenience.

Lutron Caseta is a home automation platform for controlling the lighting system at home. It stands out for its robust operation and easy setup.

While Caseta is a Lutron product specifically aimed at controlling intelligent lighting systems, RadioRA is designed to control the entire home automation system.

So, through RadioRA you can control everything from lights to temperatures and blinds in a simple way.

Home Assistant is an Open Source tool that will allow you to keep your current Insteon devices working. However, it is the least friendly of all as it requires some advanced installation steps.

If you want to know all the steps to follow to use Home Assistant, you can do it through this link.

We will update this story if new events arise on the matter in the future.

08: 55 am(IST): A report highlights that Insteon might not be coming back as the company could be shutting down. Rob Lilleness, president and chairman of Smartlabs, no longer lists Smartlabs/Smarthome/Insteon anywhere on his LinkedIn profile.

Apart from that, several other top-level members of the management have also listed their roles ending in April 2022 or just 2022. This means it’s highly likely that the service will no longer work as expected.

12:24 pm (IST): Users can also try OpenHab which is another open source alternative with Insteon support.

04:45 pm (IST): Although Insteon Hub has been down for a few days, the official status page still shows — ‘All Services Online’ and ‘There are currently no known issues affecting Insteon services.’

11:33 am (IST): HOOBS (HomeBridge Out Of the Box) hub is another alternative that users can try. You can check the details here.

01:40 pm (IST): Insteon has now released an official statement regarding the recent issue on their platform.

The company said that they are economically affected due to COVID-19. Moreover, they were trying to find investors, but it didn’t work out. More on that here.

Thanks for the tip: Christopher Peter!

12:55 pm (IST): While we had reported earlier that Insteon’s official status page showed all services were working fine, this page has now been taken down and is currently showing Error 404.

01:15 pm (IST): One of our readers has confirmed that he was able to get voice activation working using Home Assistant. Thus, Home Assistant appears to be an easy solution for most users.

Thanks for the tip: Christopher Peter!

12:10 pm (IST): If you are having any trouble setting up the Home Assistant then here’s a video guide to do so:

01:15 pm (IST): Here’s a list of hubs by GearBrain that are compatible with Insteon:

12:29 pm (IST): Insteon support on Twitter has announced that the Insteon app is again available on Google Play Store and Apple App Store. You can read the full announcement here. 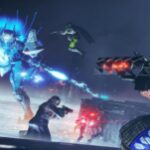 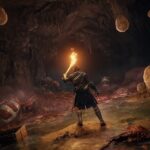 [Updated] Elden Ring servers down or not working? You're not alone