If you like drones, you must have heard about the DJI Mini 3 Pro. The portable and lightweight drone packs some seriously impressive features that might cater to both enthusiasts and professional drone pilots.

Released in May this year, the DJI Mini 3 Pro improves on the shortcomings of its previous model and features tri-directional obstacle avoidance.

While this makes flying the drone fairly easy, it is really portable thanks to the folding design. 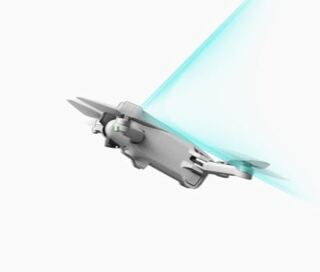 It also has a Follow Me functionality that allows the drone to follow subjects with support for multiple subject tracking. Some reviews said it is one of the best drones in the market right now.

While the hardware is fairly impressive, it looks like many are facing an issue on the software side of things.

According to recent reports from DJI Mini 3 Pro owners, the quick transfer function is not working on iPhone and Android devices (1,2,3).

This seems to be preventing many from transferring their photos from the drone directly to their phone. Some have tried reinstalling the DJI Fly app but that isn’t helping either.

Is anyone having issues downloading their videos on the DJI Fly app on iPhone? I have not been able to download a single video and the progress bar stays at 0% when it fails. I heard tips that downloading to album works better, but no luck with that. There is another tip to expand the propellers but that does not help either. I gave the apps all the permissions and access to photos and im using iPhone 12 Pro.
(Source)

I just got my drone today and took it for a test flight and wanted to tranfer a few photos off of it. I am able to see/access the drone’s album but when I click the “Download” button on either photos or videos low res versions, the progress bar does not move, at the main screen it shows 0B/S and after 1-5 minutes I get the message: “Downloading Work Failed” I rebooted both my iPhone and drone and ensured that the RC controller was turned off. Still didn’t work. I uninstalled and re-installed the DJI Fly app and no luck there either.
(Source)

However, we did come across a workaround that might help temporarily fix the problem. It requires users to turn off cellular data before opening the DJI Fly app.

I did find a temporary fix though, turning off cellular data/reception on my iPhone 11 pro max before opening the DJI app and transferring without cellular on seems to work
(Source)

We hope they soon update the app and fix the issue at the earliest since it is making the DJI Fly app completely useless for many.

As always, we will be keeping tabs on the matter and update this space when the problem is resolved. 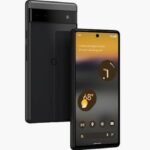