COD: Vanguard arrived in November 2021 as the return to the WWII setting in the successful Call of Duty shooter saga.

The COD saga games offer multiple game modes, both online and offline. Although the multiplayer mode is the one that extends the life of these games, the offline modes are also quite appreciated by the players.

In addition to the main campaign, COD: Vanguard offers a ‘Zombies mode’ if you want to play offline. However, it seems it is experiencing some issues after a recent patch.

According to multiple reports, the issue causes players to be unable to progress or defend themselves through COD Zombies mode.

Is anyone aware of a major glitch in Vanguard Zombies. Being unable to load in with any weapons. Regardless of playing Solo or with a group, I haven’t been able to play Vanguard Zombies because of this issue for a week now. How can we get this fix?
@Activision
Source

weapon not showing in zombies

ok I am having a really weird issue in multiplayer everything is fine but when i load up zombies my weapon doesnt show and i cant fire cant even melee. all other functions work except attacking and switching weapons. any ideas?
Source

@CallofDuty come back to vanguard to play some zombies. For 1 the load outs are broken. Won’t spawn me in with half my weapons and the desolator shield or whatever it’s called is ABSOLUTE TRASH!! You still get hit when blocking and when it’s on your back. It’s POINTLESS!!
Source

Also, it seems that the bug is affecting players who try to use custom loadouts instead of the base game weapons and items.

Treyarch team is already aware of the glitch and is investigating. However, there are no details of an ETA for a fix yet.

The company also clarified that the problem is directly related to the unlocked reticles and bundle-related reticles.

Weapon Reticles: Players utilizing unlocked, or bundle-related, reticles may spawn without a weapon.

We’re tracking a fix for this issue. In the meantime, we recommend switching to iron sights or default reticles.

In the meantime, Treyarch recommends players remove unlocked or purchased Optic attachment from their weapons, or change the reticle to ‘Default’.

Players encountering this issue are encouraged to either remove the Optic attachment or change the reticle to Default in the Customize tab of the Loadout screen.
Source

02:13 pm (IST): Treyarch Studio has confirmed that the weapons not loading or appearing issue has now been resolved in the latest COD: Vanguard patch. 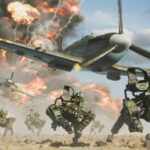 [Updated] COD: Vanguard bug where 'Season 3 challenges are not tracking or progression stops' gets acknowledged