[Updated] COD: Vanguard bug where 'Season 3 challenges are not tracking or progression stops' gets acknowledged

COD: Vanguard is one of the few games that has managed to capture the spotlight ever since its launch in November last year.

It continues to build on the older Call of Duty World War titles and is set in the final years of the Second World War featuring the birth of special forces around the world.

While the gameplay is good, many have faced issues such as the recently reported problem where matchmaking wait time was too long and Zombies weapons not loading or appearing for some.

Adding to the long list of bugs, COD: Vanguard players are now reporting that Season 3 challenges are not tracking and thus preventing players from completing progress (1,2,3,4,5).

The issue seems to be angering many who are actively trying to grind this season. Some have tried restarting their game and system while others tried reinstalling but nothing seems to help fix the issue.

You can read some of the reports below from COD: Vanguard players affected by the issue with Season 3 challenges not tracking.

I need help with a season 3 challenge for the “controlled burn” calling card. So I’m having trouble with the challenge where you have to “spend at least 1 minute on a patrol point in a single game 5 times” and I have been playing patrol but the progress bar for the challenge has not gone up although I’m 100% I did the challenge and I’m at a lost so what do l do?
(Source)

There have already been a number of posts regarding certain seasonal challenges not tracking such as holding the patrol point for 1 minute. I have also noticed that the tactical insert objective capture challenge is not tracking. What I have also noticed is that when you complete the Warzone, or in some cases a challenge in previous COD titles (Getting 100 akimbo kills in MW for example) you MAY earn the challenge and calling card in some instances but the progress when transferring over to Vanguard has not progressed and the challenge will still show as incomplete.
(Source)

As it turns out, COD: Vanguard developers (Sledgehammer Games) have acknowledged the issue where Season 3 challenges are not tracking for some and said the problem is under investigation.

They have added the issue to their Trello Board as you can see in the image below.

We will be keeping an eye out for more information and update this space when a fix is out. Also, make sure you check out our COD: Vanguard bug and issues tracker to see similar bugs and glitches currently affecting many.

03:45 pm (IST): Sledgehammer Games has informed players that the challenge progression issue is not fixed in the latest patch. Also, they did not provide any ETA as to when it will be resolved.

Today’s update is not expected to resolve challenge progression issues for all players. Visit our Trello Board for updates as we continue to work toward a solution. (Source) 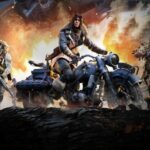 Google Photos vs. iCloud: Which cloud storage should you pick?