Ever since it was launched back in 2017, Fortnite has been one of the most played games on the planet. Developed and published by Epic Games, the free-to-play Battle Royale title has millions of monthly active players.

Unsurprisingly, it has been the cash cow for the company with the game generating more than $1.1 billion in 2020. However, frequent updates to the game sometimes result in technical bugs and glitches such as Resistance quests not showing up and bugged Supply Llama challenges.

That said, the developers started Chapter 3 Season 3 a few days ago. But Fortnite players are now reporting that chests buried in sand cannot be dug up (1,2,3,4,5).

Many are able to hit the chest one or two times before they disappear. It looks like the visual cue and sound effect are still present even after it disappears. The issue seems to have surfaced after the start of the season.

Some thought it was a problem on their end and tried restarting and reinstalling the game but that isn’t helping either. Below are some reports from Fortnite players who are unable to dig up chests buried in the sand.

@FortniteGame um this needs to be fixed like what the glitch?! The buried chests aren’t appearing it happened twice to me… I tried to uncover it but I could hit the dirt the chests are supposed to be once and then the dirt disappear leaving the chest stuck. #fortniteglitch
(Source)

Issue with buried chests. Has anyone had an issue with buried chests this season? Able to hit them two times, and won’t let me hit anymore. It still has the noise and shows on the visual aid, but you can’t finish digging it up. If I have a duo partner they can hit it once more after me so you can see the chest, but not anymore than that. Haven’t tried with trio or squads
(Source)

Fortnite players are wondering why chests buried in sand cannot be dug up. Many are frustrated since the problem is preventing them from getting better loot. Unfortunately, we are yet to come across any official word on the matter.

We hope Fortnite developers (Epic Games) soon take a look at the issue where chests buried in sand cannot be dug up since it is directly affecting the gameplay experience for many.

Rest assured, we will be tracking further developments on the matter and update this space as and when we come across more information so make sure you keep checking this space.

In the meantime, also check out our dedicated Fortnite bugs and issues tracker to see similar issues affecting players. 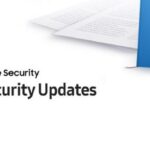 3 Easy ways to free up storage on Google Photos