If you are into smart wearables, you must have heard about Fitbit. Acquired by Alphabet Inc. last year, the company generated a revenue of more than $1.1 billion in 2020.

Before being acquired by Google, the company was facing losses that amounted to more than $190 million in 2020.

Adding to the woes, many Fitbit users are now reporting that the Skin Temperature Recording feature is not working. From Fitbit Sense to Versa 2 and Luxe, it looks like the problem is affecting many devices.

However, this is not the first time Fitbit users are facing the issue. In June last year, many complained about the skin temperature variation tracking feature missing from Health Metrics Dashboard after SpO2 update on the Charge 4.

Users said they tried toggling the feature and resetting their devices but nothing helped. Here are some reports from Fitbit users complaining the Skin Temperature Recording feature not working.

For the last two nights skin temp says “no data in the last 24 hours”. It’s been baselines and working since Feb. All other metrics being logged and wearing the device as I have been since I got it. Have tried logging out, rebooting phone then resyncing. Any ideas? Thanks
(Source)

sense doesn’t track temperature. It did the 3 days to set the baseline just fine. Then tuesday I got the first tepmerature read and since then nothing. What can I do? I also had issues with call and text showing on the fitbit so I restore it to the factory settings. Could this be the issue? It solved the calls but messed up the temperature read?
(Source)

Thankfully, a Fitbit Moderator shed some light on the matter and said that they have reported the issue and that the developers are looking into the problem.

Hello everybody. Thank you so much for reporting this situation. Apparently some users are still affected by this. This has been reported again and Fitbit is looking into it. We appreciate your patience and thank you again for the feedback. Please make sure to keep your Fitbit app up to date. Have a nice day!
(Source)

Apart from the aforementioned issue, many are now saying that when they try to reply to a text message using voice on their Versa 3, they are getting a transcription error.

I received the text to upgrade my Versa 2 this morning which I did and it was successful. Since then when I get a text I cannot respond on my watch – I get the red error – I rebooted my phone and my Fitbit a couple of times and it still doesn’t work
(Source)

I got my versa 3, 3 days ago, on tuesday the replies by voice worked perfectly, yesterday and today it is not working at all i get transcript error and after trying i get not available. Ive tried reset it from fabric i did restart the device the phone, delete the device setting it up again and nothing! I got this model for this exact reason can someone help?
(Source)

Unfortunately, Fibit is yet to comment on the matter. Rest assured, we will be keeping an eye out on both issues and update this article as and when we come across more information so stay tuned.

09:38 am (IST): A Fitbit moderator has confirmed that the voice reply to text transcript issue has been resolved.

06:17 pm (IST): A moderator on the Fitbit community has confirmed that the skin temperature recording issue has been resolved. 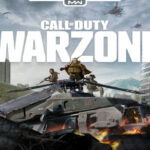 [Updated] COD: Warzone 'Champions of Caldera stats not tracking' for many, issue acknowledged