Hulu is one of the cheapest and most popular streaming services on the planet. Owned by The Walt Disney Company and NBCUniversal, it features movies and TV series from NBC, ABC, and FX.

It is available on a wide range of devices including the DirecTV Stream Box. In case you are unaware, DirecTV offers a Stream Box that lets users watch content offered by the platform. That said, DirecTV Stream Box users are reporting that they are unable to watch Hulu (1,2,3,4,5) with some getting error P-DEV320 when trying to play anything.

Many are angry and frustrated since they haven’t been able to watch their favorite TV shows and movies for weeks now.

Generic troubleshooting solutions such as restarting and reinstalling Hulu and resetting DirecTV Stream Box do not seem to help.

I am having the exact same problem with my DirecTV Stream box and the Hulu app. It appears the problem started on a 5/13/22 update of Hulu via Google Play store after months of working fine. Any way to revert back to the previous version ? If so, and a freeze might allow it to work. Tech support from Hulu is useless. They say to contact ATT, and act like they don’t even know what a DirecTV Stream is. I am convinced it is an update problem by Hulu.
(Source)

I’ve recently discovered that hulu will not work with my osprey box no longer. all my other apps work as normal but hulu doesn’t. It’s only not working on 2/5 osprey boxes I have. I get an error that says P-DEV320 with is an internet issue. My internet is fine (300+mbps). I called hulu and they say that it’s not fully supported with the device but it’s an android tv and hulu supports those. I just wonder if this is happening to anyone else?
(Source)

When asked, DirecTV Help commented on the issue and said Hulu is not officially supported on the platform as it is a 3rd party app.

But Hulu Support said they are aware of the issue where the app is not working on DirecTV Stream Box and they are working on a fix, but they did not share an ETA.

Sorry for any ongoing frustration! We’ve received other reports of this behavior, and our team is currently investigating. We don’t have an ETA to share as to when this will be resolved, but we assure you all hands are on deck. Thank you for your patience!
(Source)

We hope the developers release an update in the coming days that enables DirecTV Stream Box users to tune into Hulu once again.

Until then, we will be keeping track of further developments on the matter and let you know as and when we come across more information.

In the meantime, make sure you check out our Hulu bugs and issues tracker to see similar issues affecting users.

04:19 pm (IST): Some users are now reporting that the latest Hulu app update fixed this issue. So, those affected can update the Hulu app and see if it works. 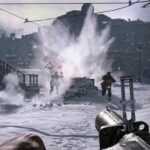 [Updated] COD Vanguard players say challenges to get Nikita AVT & M1916 are too tough or hard, issue under investigation 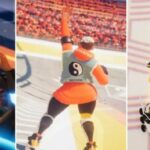