[Updated] COD Vanguard players say challenges to get Nikita AVT & M1916 are too tough or hard, issue under investigation

Call of Duty Vanguard is the latest installment in the long-running franchise. Developed by Sledgehammer Games and published by Activision, the game was released in November last year.

But in the last few days, users have complained about various issues such as Zombie Survivalist camo progression not tracking and unable to rename Custom Classes equipped with Atomic camo.

While the new Nikita AVT is an assault rifle effective at short to mid-range and has the highest rate of fire, the M1916 is a semi-automatic marksman rifle with huge stopping power.

That said, Call of Duty Vanguard players are now saying that the challenges to unlock the newly added Nikita AVT and M1916 guns are too tough or hard (1,2,3,4,5).

Many say it is really hard to get 100 Bloodthirsty’s, preventing them from getting the weapons. Here are some reports from Call of Duty Vanguard players complaining about the Nikita AVT and M1916 challenges being too hard.

The new ar’s challenges? I’m not saying the challenges are terrible but i don’t think i’m supposed to be doing as much as i have too. Has anyone seen or heard anything on if they are going to change the challenges?
(Source)

did you change the bloodthirsty for on the NIKITA AVT weopon? Like really? 100 bloodthirstys? For what..? like 30 isn’t good enough.. plus this is a DLC weopon. Yall are the definition of taking one step forward and 5 steps back smh..
(Source)

As it turns out, Call of Duty Vanguard developers Sledgehammer Games has acknowledged the fact that the challenges to unlock Nikita AVT and M1916 are too hard and said they are currently investigating the problem.

But there is no ETA on when the developers will change the requirements to unlock the new guns.

Rest assured, we will be keeping tabs on further developments on the matter and update this article as and when we come across more information so keep checking this space for more information.

In the meantime, make sure you check out our dedicated Call of Duty bug tracker to see similar issues affecting players.

01:46 pm (IST): Raven Software has confirmed on its official Trello board that they have resolved the issue with Nikita AVT and M1916. 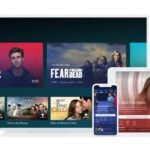