Call of Duty Warzone is the second Battle Royale and the only free-to-play game in the decades-old franchise.

Released in March of 2020, it happens to be one of the few titles to reach more than 100 million players in just over a year. Call of Duty Warzoneis developed by Raven Software and published by Activision.

While the majority of players have praised Warzone for its visuals and fast-paced gameplay, issues such as Stopping Power ammunition opening loadout selection screen and broken Breath of Godzilla STG Blueprint.

Adding to the trouble, Warzone players are now reporting that the irritating Gas Mask animation that was fixed in Season 3 has made a comeback (1,2,3,4,5).

A lot of players say the animation is causing them to lose firefights once again since it prevents them from aiming down sights or deploying parachute. Some say the developers should just give a gas mask button so it doesn’t interfere when fighting.

Below are some recent reports from Warzone players complaining about the Gas Mask animations making a comeback.

I’ve seen people on here saying that the gas mask animation doesn’t need to be fixed, I’m just wondering does any one disagree? Cuz I definitely do. I think it’s so ridiculous that if you’re in a fight and the gas is closing in on u, if u enter the gas even for a second you pull your gas mask down and lose the ability to ADS. I’ve died too many times recently as a result of this and it’s just made me wonder why isn’t there just a gas mask button. It would make everyone’s life sm easier
(Source)

Warzone players are expressing their anger on both Twitter as well as Reddit and asking that the developers revert the changes or remove Gas Mask animations at the earliest.

Unfortunately, we are yet to come across any word from Raven Software on the issue. We hope they take note of the problem and fix the Gas Mask animation in the coming days.

Until then, we will be keeping an eye out for more information and update this space accordingly so stay tuned. Also, make sure you check out our Call of Duty Warzone bug tracker to see similar issues affecting players. 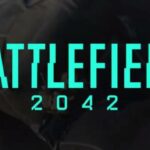