COD Mobile arrived in 2019 as the mobile version of the successful Call of Duty franchise.

The game seeks to offer a gameplay experience as similar as possible to that of console shooters. Like the main installments in the series, COD Mobile is constantly supported with new content.

COD Mobile is available as a free-to-play game, so you can try it out without spending anything. It also offers many weapons, items, operators, perks, maps and game modes.

Like other games in the series, COD Mobile uses a ‘seasonal update’ system. This means that there is a big update with a lot of new content every so often.

‘Season 5’ recently arrived as the most recent big update of the game. But, it seems that the COD Mobile Season 5 update also brought an ‘increased sensitivity’ bug that negatively impacts gameplay.

This means that movements are now noticeably faster and occupy a larger range. The issue causes players to be unable to aim accurately or move properly, due to the aim sensitivity (1, 2, 3, 4, 5).

pretty sure everyone already knows this but please fix the sensitivity bug because it’s so annoying I used to get 7-12 kills average but now I keep getting about 4 kills and die to players because my character won’t go to where I want it to go.
Source

The COD Mobile sensitivity bug also affects actions such as jump slides. Modifying the controls settings to try to mitigate the problem does not work.

Umm is it just me?

Starting the update of s5 i am having problems with my sensitivity, first i thought that i just need to adjust my sens but it turned out fine, then i later realize that whenever i swipe just a little bit it wont register in game making it hard to make micro adjustment is this just my phone or is it the game?
Source

COD Mobile has two versions: standard and Garena. Both versions are practically the same, and the only difference is that Garena distributes the game in Southeast Asia.

That said, players of both standard version and Garena versions are experiencing the problem.

A Redditor suggests that the cause of the glitch is related to a change in the resolution of the game after the Season 5 update.

It’s because they did something about the HUD and with the resolution. I noticed it too, as soon as the update dropped.
Source

There is no official acknowledgment of the issue from the developers yet. We will update this story once new developments on the matter emerge. 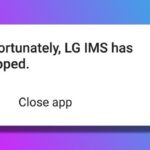