Call of Duty Warzone is one of the few free-to-play games in the decades-old franchise. Developed by Raven Software and published by Activision, it is one of the few games that supports cross-platform progression.

While critics have praised the game, issues such as the broken Breath of Godzilla STG blueprint and the game launching in Windowed mode after the Season Two Reloaded update have ruined the gameplay experience for many in the last few months. That said, Call of Duty Warzone players are now reporting that the loadout selection screen opens up whenever they use the Stopping power ammunition (1,2,3,4,5). This is making it impossible for many to fire.

This was just happening to me and one of my friends, but not the other. I was using stopping power, I didn’t ask what they were. Load out menu popped up at least 6-7 times throughout the game, really annoying. Especially when you’re running, it moves the selection from your current loadout way up or down the menu. I hope it is related to stopping power only though, at least then we could know how to prevent it and it won’t be present in resurgence
(Source)

Thankfully, Warzone developers have acknowledged the issue where using Stopping Power opens up the Loadout Selection screen and said it is currently under investigation. However, there is no ETA on when the issue will be fixed.

In the meantime, we came across a workaround that might help mitigate the problem. It involves firing a few bullets as soon as you load the gun with Stopping Power ammo. You can watch the video below to see how it works.

And as if this wasn’t enough, using stopping power seems to cause lag spikes as well.

Stopping power rounds specifically have been doing this to me in modern warfare. Lag spike after loading it.
(Source)

Thankfully, the developers have acknowledged the issue and said it is currently under investigation. But there is no timeframe of when it will be fixed.

We hope Warzone developers fix the issues with Stopping Power ammunition as soon as possible. If and when they do, we will be updating this space to reflect the same so stay tuned.

11:27 am (IST): The latest COD: Warzone update brings Operation Monarch event. However, it does not include any improvements or a fix for the Stopping Power ammunition bug.

01:19 pm (IST): One of the affected players has suggested a workaround that may help you resolve this issue. You can check it out in the video linked below.

05:28 pm (IST): Raven Software has confirmed on its official Trello board that a fix has been released for this issue. 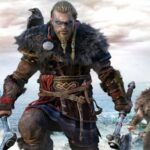