If you are looking for a new free-to-play online multiplayer title similar to Rocket League, Roller Champions might be the one for you. Developed by Ubisoft Montreal and published by Ubisoft, it was released on May 25 this year.

Similar to Rocket League, the 3v3 sports game involves two teams that try to earn five points in seven minutes by scoring a goal. In order to do so, they should skate at least one lap with the ball in their possession. However, just days after its release, players said they were unable to load into the game and were getting ‘Fatal Error: Failed to load il2cppm’ message.

And now, Roller Champions players are complaining that their Ranked skill rating is not changing.

While some say their wins and losses are not being counted, others say their skill rating is not getting updated with MMR stuck at 2101 (1,2,3,4,5).

Players say they have no incentive to play ranked anymore since their stats are not being updated. Generic troubleshooting solutions such as verifying game files, restarting, and reinstalling the game aren’t helping either.

Below are some reports from Roller Champions players complaining about Ranked skill rating getting stuck.

MMR frozen? I got placed in Intercity 1 after my dog water placement matches, but now I don’t gain any ranking points from my wins. Likewise, I never lose points from losses. Shame that they released a broken game, given that it’s so much fun
(Source)

Thankfully, Roller Champions developers commented on the matter and said the bug where the Ranked skill rating is not updating is currently under investigation.

Hey! We are aware of this issue and currently investigating. You can find more information and upvote it over here: https://www.ubisoft.com/en-us/game/roller-champions/community-bug-reporter/issues/RC-2761
(Source)

However, they did not share any ETA or timeframe on when it will be fixed. Let us hope Ubisoft learns from this and prevents making the same mistakes over and over.

As always, we will be keeping track of further development on the issue and update this space as and when we come across more information so make sure you keep checking PiunikaWeb. 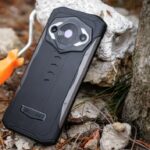