Lost Ark, the MMO A-RPG developed by Smilegate, reached the global market through Amazon Games in February of this year (2022).

Lost Ark world is full of many things to do. Since its release, players have been discovering locations, items, bosses, raids, challenges, and more.

However, there are also some issues that prevent players from enjoying the game. For instance, currently Haiger’s Manor and Rielvarr Ruins are bugged.

Most reports on the glitch point to the Haiger’s Manor area. However, the problem can also appear in the Rielvarr Ruins area (1, 2, 3, 4).

The issue causes players’ characters to get stuck on an infinite loading screen. This can happen right at the start of the area questline.

Avoid entering Haigers Manor for the South Vern Questline! Your Character might get stuck in loading screen

Happened to me. Heres a link to the official forum. The quest is bugged and will get you stuck in the loading screen. A Gamemaster is manually teleporting characters to a save location and they are working on a hotfix. From what I have seen its region and server unrelated.
Source

Cant load in to a specific character

I was in the middle of South Vern storyline with my GS and just got into the Haiger’s Manor, as soon as i clicked accept to get in my game crushed, and since then i can only log in my other characters, when i try to log in my GS the loading bar goes up slowly and eventually stucks( before the middle like in the picture) and the game not responding so i have to force shutting it
Source

In the following video, you can see the effects of the bug more clearly:

Smilegate team is working on a fix

The Smilegate team is aware of the problems in the Haiger’s Manor and Rielvarr Ruins areas. The company is currently working on a fix, but there are no details of an ETA for its deployment yet.

Our team has been tracking issues with Haiger’s Manor and Rielvarr Ruins causing characters to be stuck in an endless loading screen.

We have been able to reproduce this issue internally and are currently working to get a fix to resolve it.
Source

As a potential workaround, some players were able to ‘break free’ from the infinite loading screen by contacting the Smilegate support team.

We will update this story once there are new developments on the matter.

YouTube 'This video is unavailable on this device' error on some videos acknowledged, fix in the works 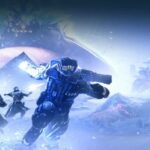