Thanks for the tip: Sandeep Dafda!

04:37 pm (IST): One of our readers asked Vivo support regarding the Android 12 update for Vivo Y12s. The company responded that the device should receive the update later this month or next month.

Thanks for the tip: Tom Stephen!

However, it seems that the rollout is limited as we haven’t come across more reports. It also indicates that the device is under greyscale testing.

06:17 pm (IST): Responding to a user’s query regarding the Android 12 update for Vivo Y53s, the company’s support team on Twitter said that the device is currently under greyscale testing.

06:00 pm (IST): Vivo support has confirmed that the Android 12 update for Vivo S1 Pro is currently under greyscale testing.

Also, responding to a user’s query regarding Android 12 for iQOO 3, the support team on Twitter has confirmed that they are testing the beta version for this device. Once the testing ends, they will then release the stable version.

10:23 am (IST): Vivo Y33s is now grabbing the Android 12-based Funtouch OS 12 update in Australia. Also, one of our readers has confirmed that the Vivo Y73 is currently under greyscale testing in India.

Thanks for the tips: Anthony Sullivan & Adit Jaiswal!

11:17 am (IST): Vivo support on Twitter has confirmed that the Android 12 update for Vivo Y20G is currently under greyscale testing in India.

09:36 am (IST): Responding to a user’s query regarding Vivo Y30 Android 12 update, Vivo support has confirmed that it is currently under greyscale testing. 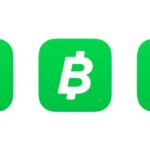 Cash App issue where payment is stuck on 'pending' under investigation, fix in the works 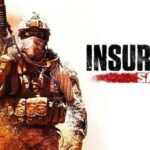 Insurgency: Sandstorm bug where 'everyone in party is the same color' after v1.12 update gets acknowledged, fix in the works