[Updated] Lego Star Wars bug where players can't talk or speak to Maz in her castle gets acknowledged, fix in the works

Lego Star Wars is one of the video game adaptations of the iconic movie saga created by George Lucas. As its name suggests, the characters and settings are represented with Lego pieces.

The games of the Lego franchise based on movies seek to represent them faithfully but also add comic touches taking advantage of their Lego block setting.

Lego Star Wars: The Skywalker Saga recently arrived as the latest installment in the game saga. However, there seem to be some glitches in the game that require a fix.

The bug is introduced in Lego Star Wars Episode 7. At a certain point, the player must talk to Maz in her Castle to progress the story, but some are unable to do so.

Currently playing through episode 7 and can’t continue the story at Maz’s Castle, there should be a continue story button outside the castle but its just not appearing for me, anyone else having this issue and found a fix? I’ve tried flying to other destinations and restarting the game to no luck. Any help would be appreciated!
Source

Friends of the Resistance (Speak to Maz) Softlock glitch

As some of you know there is a glitch going around where in episode VII where it tells you to “Speak to Maz” but when entering the building there is nothing for you to do. Ive tried to exit and close the game, exit and rejoin the episode, go to different planets, do a different level and rejoin, and nothing has worked.
Source

The game developers are already aware of the glitch and are working on a fix. But, there are no details for an ETA for it yet.

Hey, We’re aware of this issue and our team is working on a fix. Please keep an eye on our social channels for any more updates, we thank you all for your patience. Thanks!
Source

In the meantime, there are a couple of workarounds you can try if you’re one of the affected players. The first workaround is for all versions of the game and consists of doing the following:

I would suggest trying to play as one of the blaster guys (Chewbacca works), and kill the boss with shots, making sure she gets up normally after each one. The transition worked perfectly and I left Maz Castle. Not sure if I had a lesser glitch, but I hope this helps.
Source

The second workaround is for PC gamers. All the steps to follow are shown below:

We will update this story once more details emerge on the matter in the future.

05:56 pm (IST): One of those affected has shared the workaround below to prevent this bug.

It’s caused if you start any side content before speaking to her. Just go directly to Maz as soon as you land, don’t interact with any Kyber Bricks, puzzles, or people. (Source)

05:09 pm (IST): A player has suggested a workaround for this issue which involves copying all collectible data from the previous save to the new save with Maz progress.

However, this workaround is risky and may cause progress issues afterward. So players should try it out at their own risk.

05:28 pm (IST): A Redditor has shared his saved file that the affected gamers can use to fix the Maz glitch.

01:16 pm (IST): TT Games has released a new DLC character pack, however, it appears that the Maz glitch still persists as fresh reports (1, 2) are coming in.

06:39 pm (IST): It has been around a month since this issue was first reported. And while fresh reports are still pouring in, the support team has stopped responding to the complaints. Also, there’s no ETA for the fix.

04:43 pm (IST): One of the affected users said that he was able to get a refund from Nintendo after reporting this bug. Here’s the full statement:

05:49 pm (IST): TT Games has informed players that they have addressed some critical bugs and made improvements to the game in the upcoming patch. This could mean that the Maz glitch may finally get fixed.

04:29 pm (IST): A Redditor has shared a workaround that may help you resolve the Maz glitch on PS5.

04:15 pm (IST): TT Games on Twitter has confirmed that they are still working to resolve the issue where players are unable to interact with Maz. However, they didn’t provide any ETA for the fix.

12:35 pm (IST): The latest patch for Lego Star Wars has fixed the Maz glitch. Moreover, players have also confirmed (1, 2) that this issue has been resolved. 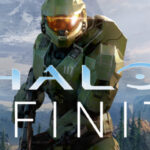