In the last few weeks, Twitter has been making headlines left and right. With the company now threatening the multi-billionaire Tesla owner Elon Musk to make a deal, it is interesting to see what happens next.

And according to the data published by the company’s recent investor earnings report, Twitter had somewhere around 229 million monetizable daily active users.

That said, Twitter has its own set of challenges like countering bot accounts, spam comments, and keeping users engaged. But technical bugs such as some users being unable to disable the Terms of Service pop-up and ‘This tweet is unavailable’ error message have ruined the user experience for many.

Adding to the chaos, Twitter users are now reporting an issue where the video keeps freezing but the audio plays (1,2,3,4,5). This is causing a lot of confusion and frustration for those affected with many thinking their device is at fault.

Generic troubleshooting solutions such as restarting the phone and logging into their Twitter account again do not seem to work either. Here are some reports from Twitter users for whom the video is freezing but the audio plays.

@TwitterSupport whenever I view a video on here it freezes as the audio continues, sometimes it crashes the app. Fix this bullshit! It’s been days of this f*ckery and I’ve had enough!
(Source)

Fortunately, Twitter Support shed some light on the matter and said they are aware of the issue where the video keeps freezing. They also shared a workaround that involves reinstalling the app to see if it helps.

Thanks for the update. Our team is aware and looking into this. For now, try uninstalling and reinstalling the app to see if it helps. If you have any Tweet drafts, we suggest saving them elsewhere before doing this.
(Source)

We hope the developers are able to quickly find out the root cause of the problem and fix it in the coming days. If and when they do, we will be updating this article to let you know so make sure you keep checking PiunikaWeb for more information. 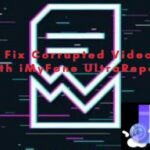 How to fix corrupted video/photo with iMyFone UltraRepair? 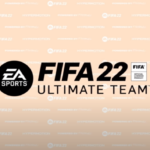