Touchscreen infotainment systems are good but it becomes a delight when you can actually have your phone linked to it. Apple CarPlay does the exact same thing, bringing iPhone features to the car.

This used to be a thing for only luxury cars but Apple CarPlay has been democratized to a large extent now.

Apple recently rolled out iOS 14.5.1 to iPhones which works pretty fine for most of those who updated their devices to the new OS.

The only downside of iOS 14.5.1 is that it is no longer stable when coupled with Apple CarPlay. User reports have started to flow in that suggest something’s broken after the update.

Users, when trying to access Apple Music while connected to Apple CarPlay, end up with a crashing app back to the homescreen.

Iphone X on my Alpine ilx-W650 head unit. I can play music but as soon as I tap the Music app on the headunit it crashes both the app on my headunit and the one on my phone.

My 2020 Civic si carplay just started doing this, I hit the music app and it shuts down immediately, was working fine some hours ago. everything else works fine just the music app on carplay.

The affected lot believes things were fine with the last version of iOS and iOS 14.5.1 is likely to be the culprit behind this.

Well, it isn’t narrowed to just the infotainment system. Apple Music when accessed from iPhone throws the same thing, ticking off the users.

It’s weird as everything except Apple Music works like a charm. Not even resetting or re-pairing has helped any of the affected users.

This issue appears irrespective of the iPhone or car one uses, the Apple Music will anyway go wonky. There’s no pattern either as some claim it happens immediately after they hit Apple Music and some say it happens only after a couple of minutes of music playback.

Whatever the case, it certainly is not something people pay hundreds of dollars for. Apple is yet to address or at least acknowledge the ongoing fuss.

It comes down to the users who have to find a workaround themselves. Here are a few things that can be tried.

It is highly likely that the issue could be a result of third-party cables. We have seen how things go abnormal in the past when official cables weren’t used.

As suggested by a user, turning off the WiFi and cellular network may help.

The only fix so far is to turn off Wi-Fi and carrier the Music app works. But when you turn either of those two on, it crashes the app, really weird. (Source)

The ultimate solution would be to factory reset the device but even that doesn’t assure it’d be fine again.

Apple really needs to fix things at their end and release a patch before it becomes a hot issue.

Here’s a video that shows exactly what happens upon opening the Apple Music app.

That said, we will keep tracking this issue and update here as soon as we have more workarounds or a solution available.

Going by reports, iOS 14.6 RC version is also affected with the same issue, meaning this isn’t limited to iOS 14.5.1 (earlier versions are also infected as per users).

It’s also worth stressing that some reports suggest that Apple Music is now working fine through CarPlay. If it’s still not working for you, then the following are some of the workarounds suggested by Apple Support, that you may try:

@Apple
gave me a tip. Turn on air plane mode before getting tethered to carplay.
@AppleMusic
then worked fine and then i ve turned off airplane mode and still Apple music!
source

Called Apple support via phone, they had no idea. Proposed me to try my phone on another car with CarPlay to see if the issue persists (didn’t try it).

FYI if user experience is to go by, someone claims that Apple is aware of the issue:

Apple is aware of it. The app will open if you’re on airplane mode. Obviously we can’t get new music, and it’s not useful if you can’t be offline, but at least we can listen to downloaded stuff. Customer service suggested this and it worked for me.

11:35 am (IST): Many users have taken to Twitter to report that the Apple Music app is down or not working for them. Unfortunately, the support team hasn’t yet acknowledged this issue.

10:22 am (IST): It seems that the recent issue with Apple Music has been resolved as we haven’t come across any fresh user reports on Twitter. 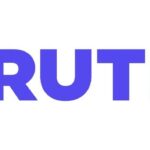 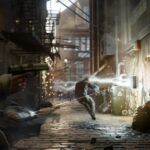