League of Legends is one of the biggest e-sports titles in the world. Launched in 2009, the game has more than 150 million registered users worldwide and a little over 125 million monthly active players.

One of the major reasons why League of Legends is so popular is that it’s less complex compared to other MOBA titles like DOTA 2. Another reason is Riot Games’ low price for cosmetics such as skins. But in the last few months, many have complained about issues such as the Rek Sai instakill or one-shot glitch and inaccurate challenge tracking.

Adding to the list, League of Legends players say they are getting a ‘Progression Revoked. We detected disruptive behavior from you this game, so you’ve lost your Challenge and Eternals progress’ error message (1,2,3,4,5).

Some say this is happening every game although they did not indulge in trash-talking or anything that negatively affects the gameplay experience for others.

Many say it is frustrating to deal with since the message is appearing at the end of almost every game.

What does “We detected disruptive behavior from this game, so you’ve lost your Challenge & Eternals progress” mean? I’m new in the game and in the past 4 normal games I’ve been getting that message. I am in no way a trash-talker, intentional feeder, or something of that sort. It happened after the recent patch, so do you guys get this message too? Can anyone tell me what could’ve caused this to pop up? I don’t think anyone reported me since I’m not toxic. Thank you
(Source)

I was playing a normal game just now and as soon as the game ended i received this message stating ‘We detected disruptive behavior from you this game, so you’ve lost your Challenge and Eternals progress’, just for clarity I was playing Pyke but my gameplay was completely ordinary, no inting and i only typed 1 thing ‘all around me are familiar faces’ when i missed a hook and died, anyone else seen this before? What are the conditions to get flagged?
(Source)

Unfortunately, we were unable to find any official word on the matter. We hope Riot Games soon finds out the reason so many League of Legends players are getting the ‘Progression revoked’ error message and fix it.

As always, we will be updating this space when they fix the problem so stay tuned to PiunikaWeb. 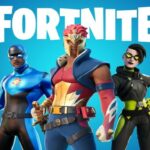 Back 4 Blood bug where having 'Mom in party speeds up bleed out time' acknowledged, fix upcoming