Chromecast with Google TV hit the market in September 2020. It is a streaming device that unveiled the new Google TV UI (the renewal of Android TV UI).

Chromecast with Google TV offers all the features of Chromecast devices, along with features of TV Boxes and a new, much more functional UI.

The device brings a remote control through which you can access all its functions. However, it seems that some users are facing issues with the remote.

Chromecast with Google TV remote not working for some

According to multiple reports, the Chromecast with Google TV remote control is suddenly not working while its LED light stays on.

LED lights on Chromecast with Google TV remote control change state according to different situations. When the controller is already paired and working with a Chromecast, the LED light should not stay on all the time.

The LED light remains solid only when the microphone is on or a firmware update is applying. So, if the remote stops working yet the LED light stays in a ‘solid’ state, then there is a problem.

Possible causes of the problem

Some users suggest various causes for the problem. In some cases, the issue occurred because a button was stuck, and the solution in those cases was to open up the remote to ‘unstuck’ the button. Of course, do this at your own risk.

Meanwhile, for other users the cause of the problem was a pending update. Apparently, the ‘standby’ update causes a permanent desynchronization of the remote with the device.

The firmware update has caused this. Mine did the same. Did what was suggested above by birtshirt and all was good. Try that.
Source

Affected users tried various methods to resolve the situation, but many did not work. However, a couple of methods did help get the remote back up and running.

So, if you are experiencing this issue, you can try the solutions suggested below.

Potential solutions to the issue

For some users, the fix to the problem was to delete the remote on the Chromecast using external controls (such as a smartphone or a third-party remote), reboot the Chromecast, factory-reset the remote and re-pair it with the device.

If you don’t know how to factory reset the remote, the procedure is as follows:

However, there are some cases where the Chromecast with Google TV refuses to accept third-party remotes, which complicates the matter.

But, there is a potential solution for these cases as well. Basically you should do a factory reset to your Chromecast with Google TV, remove the batteries from your remote, turn on the Chromecast and then turn on the remote.

The procedure to factory-reset Chromecast with Google TV is as follows:

After completing the above process, the remote LED light should be ‘pulsing’. A pulsing light on the remote’s LED means it is ‘ready to pair’.

Probably later an update will pop-up on your Chromecast with Google TV, so accept it and you will have completed the process. 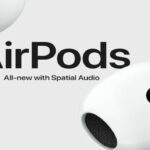 AirPods not charging or charging slow after 4E71 update? You're not alone COD Vanguard diamond camo bugged or not tracking correctly for marksman rifles? Here's what you need to know