Vampire: The Masquerade – Bloodhunt (also known simply as ‘Bloodhunt’) is a multiplayer game that entered early access in September of last year (2021).

Bloodhunt is set in the fictional World of Darkness universe. More specifically, the game is a battle royale based on the role-playing game Vampire: The Masquerade.

The products set in the World of Darkness universes are intended for adults. This is also reflected in Bloodhunt, where violence, blood, tension, and touches of terror are everywhere.

That said, currently, Bloodhunt players are unable to play with friends as they cannot add them or invite them to multiplayer matches. This seems to especially affect the recently released crossplay feature.

This month, Bloodhunt had its first stable release. The game is currently available as free-to-play for Windows OS devices and PS5 consoles, offering crossplay between both platforms.

He keeps getting server error when trying to join me and he cant join matches solo either. he has crossplay enabled and everything. he is able to play every other game multiplayer but this one. whats up with that? PS5 as well.
Source

Can’t even play with my friends!

When they said crossplay I was under the impression I would be able to join my friends on other platforms like every other crossplay game in the world. Guess I was wrong. What a quick way to lose a player base. So pissed because I genuinely was looking forward to playing this with my friends.
Source

In some cases, multiplayer invites are not working on PS5 even though all players are using the same console. This suggests that the issue could be related to the PS5 multiplayer mode, but there is no official confirmation yet.

I cant join my friends lobbies and we all are on ps5 any one else or any solutions??
Source

Currently, there is no official acknowledgment of the issue from Bloodhunt developers. There is also no workaround to resolve or mitigate the issue.

10:15 am (IST): It now turns out that you cannot team up with players on other platforms. Hence, players on PS5 can’t add PC players to their group and vice-versa. However, crossplay works once you have entered Prague.

04:06 pm (IST): A player now claims that a third-party crossplay is in the works for Bloodhunt that will let you team up with your friends on PC and PlayStation.

05:53 pm (IST): Currently many Bloodhunt players on PS5 are also facing an issue where they are unable to find ranked matches or get stuck in long queues when crossplay option is turned off.

So, PS5 players are forced to play against PC players in ranked matches, which they consider unfair.

02:18 pm (IST): Bloodhunt support on Twitter has informed players that they are still working to disable crossplay for Bloodhunt Ranked.

01:06 pm (IST): Bloodhunt support has informed players that they have improved the game’s matchmaking system in order to make it fair for console players who have to play against PC players due to ranked crossplay and reduce wait times between matches.

06:00 pm (IST): Bloodhunt devs have now re-enabled crossplay in Ranked matches. Moreover, they are still investigating the issue that caused the problem with the Ranked matchmaker.

17:38 pm (IST): Bloodhunt support on Twitter has confirmed that they are investigating if they can add an option in the game that will allow players to invite friends from different platforms.

Hi SEUSS! Adding/inviting friends from another platform is not available – but we know that you want this, thus we are currently investigating if it’s possible to do it 🙂 (Source) 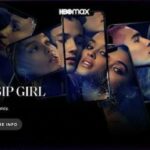