In 2020, Spotify accounted for about 33% of the total market share of all music streaming services.

While it has shown signs of declining in the last year, the platform comfortably dominates the landscape with Apple Music coming second at just 15%.

But lately, Spotify subscribers seem to be affected by numerous bugs such as ‘Discover Weekly’ not playing or loading and iOS app crashing when switching from other apps while listening to podcasts. Adding to the already long list of issues, iOS users are now saying the Spotify app is not showing up in the BMW ConnectedDrive menu.

The problem is making Spotify impossible to use for those affected and seems to have surfaced after a recent update. Reinstalling the app isn’t helping either.

Below are some reports from Spotify users for whom Spotify is not showing up in BMW ConnectedDrive.

Hi, since last Spotify App update on iPhone (8.7.28) some days ago, the Spotify BMW Connected App does not show up on BMW… I’ve tried everyting (App reinstallation on iPhone, iPhone (re)pair with BMW, etc)… Notice that other Apps are still working on BMW Connected (Amazon Audible, etc) Regards
(Source)

The latest Spotify update version 8.7.28 on IOS 15.4.1 broke the MINI Connected feature on my 2014 MINI Cooper. All systems are up2date: Car mediasystem, Iphone and Spotify app. If i connect my phone with USB i now get the message the app is outdated and needs an update. I now can’ t use the Spotify app in my car, it used to work before this update and the fruit company doesn’t let me downgrade the Spotify app. Please help!
(Source)

Thankfully, Spotify developers have acknowledged the issue and said the problem is currently under investigation. However, they did not share any timeframe of when it will be resolved.

Hey folks, Thank you for your reports. We’re currently investigating the causes of this. We’ll keep you posted and share any updates on this as soon as possible.
(Source)

We hope Spotify and BMW work together and fix the problem preventing iOS users from connecting to BMW ConnectedDrive.

Until then, we will be keeping track of further developments on the matter and update this space as and when we come across new information so make sure you stay tuned to PiunikaWeb.

In the meantime, make sure you check out our dedicated Spotify bug tracker to see similar issues affecting users.

05:17 pm (IST): Spotify support has confirmed that the the issue where Spotify app not showing in BMW ConnectedDrive menu has now been resolved. 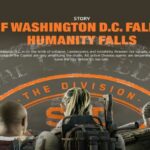 Division 2 'players getting banned' when launching game for the first time, issue acknowledged